Autism can be described as a disorder of neurodevelopment, causing alterations in social interaction and with the subject's surroundings. It also causes problems with verbal and non-verbal communication, and sometimes very restricted and usually repetitive behaviour.

Parents usually start to become aware of these features during the first two years of life. However, this may depend on the degree of autism, which can vary from very mild in some cases to extreme in others.

This variability —as well as other features discussed below— has led to the development of the concept of Autism Spectrum Disorder (ASD). This category encompasses three types of disorder with separate and distinguishable characteristics, namely autistic disorder, Asperger's syndrome, and PDD-NOS (Pervasive Developmental Disorder-Not Otherwise Specified). Diagnosis can sometimes prove very difficult and be complicated by the degree of autism and a correlation with other pathologies, such as refractory epilepsy.

Autism per se (autistic disorder) involves retardation in cognitive development; this is not the case, however, with Asperger's syndrome, where numerous cases have been reported of patients with above-average cognitive performance; some individuals are even exceptionally gifted at performing certain mental tasks.

The causes of this disorder are not known with any certainty. Although there are different theories, we do know that there is a proven genetic predisposition. ASD has been related to the so-called fragile X syndrome. However, it is not known whether other chromosomal changes might also be causes or contributors.

Other causes that have been reported include the MMR vaccine, use of paracetamol, food and environmental factors and celiac disease.

Neurotransmitters such as dopamine, serotonin, tryptophan and oxytocin might also be involved.

We know that the endocannabinoid system (ECS) is involved in regulating the processes that are altered in these disorders. One might therefore consider that phytocannabinoids (plant-extracted cannabinoids) might help treat the symptoms of ASD.

We can give some idea of what everyday life for autistic children and the people around them by describing their behavioural and empathic characteristics.

They reject physical contact; there is either no or only very brief eye contact; they do not respond to their parents' facial gestures; they do not point to objects or actions to draw attention to them or look at objects that their parents point to; they do not properly use facial expressions to show feelings; they show no kind of concern for others; they normally do not have friends and show no interest in making them.

At 16 months, they are normally still unable to say isolated words. They do not point at objects they need or share with others. They tend to repeat what others say without understanding the meaning; they do not usually answer to their names, though they sometimes respond to other sounds. They appear to be uninterested in communicating.

In many cases, they make repetitive movements with their head, arms or hands and suck their fingers.

These children suffer great frustration because they cannot convey and express their emotions. In many cases they have no verbal language, but probably do want to communicate. Imagine living like that.

In cases of severe autism, many children and adolescents display unstable and aggressive behaviour, often including self-harming. This causes major problems for keeping them under control, often necessitating the use of neuroleptic drugs or benzodiazepines to solve behavioural issues.

Prospects for use of phytocannabinoids

As we have said, the ECS is involved in controlling these processes; as early as the foetal period it regulates the essential processes related to neuron differentiation and synapse positioning.

Some studies have shown that ECS CB1 receptors —the most common in the central nervous system— show functional alterations in the cerebral regions involved in autism, such as the hippocampus and basal ganglia.

If this is one of the causes (or a decisive factor) in ASD, the most appropriate cannabinoid might be thought to be THC, since there are also studies that implicate the CB2 receptor in ASD.

THC is the cannabinoid that acts by way of these two receptors, CB1 and CB2.

However, cannabidiol or CBD has been shown to be of great interest for intervention in ASD. Its mechanisms of action differ from those of THC, although they both act on GPR55 receptors and also on transient receptor potential vanilloid (TRPV). All of these receptors are also found in the central nervous system.

The effect of CBD is very unusual. As we have said, many children with ASD display aggressive behaviour and often self-harm. The "conduct normalising" effect is of great interest, since there are no signs of sedation; patients remain properly alert and have no difficulty remaining so. However, in many cases their behaviour is stabilised (though I must reiterate that it is always necessary to assess the severity of the patient's condition).

Some patients acquire skills they had either lost or never had, such as getting dressed on their own, interacting with the tablet, listening to music and paying attention to their surroundings when out walking. They are less inclined to reject physical contact and may even give hugs, possibly for the first time in years. Their facial expressions improve and they can hold eye contact.

Many children with ASD seem to be unhappy and to be in constant pain or suffering. However, once they start treatment this situation appears to change — or at least improve. Some smile or even laugh!

These changes might seem trivial, but for the children's parents, they are a major breakthrough and offer some glimmer of hope where none had previously existed.

No clinical trials are yet available to provide the necessary statistics on the effectiveness of cannabinoid use in ASD. Nor have any studies been conducted on prolonged medium and long term use of CBD or on potential unwanted consequences. However, for the moment CBD has shown to be safe and very untoxic. Indeed, no maximum dose has yet been identified.

We know, then, that both of these cannabinoids can be effective in cases of ASD. I think we now have to determine the most effective treatments, in terms of the ratio or proportion of THC to CBD which should be used.

Patients must not display any form of psychoactive effect from THC. Initially, CBD should be used. Only subsequently should we assess the need to add differing proportions of THC, until an improvement is achieved in different areas, depending in all cases on the patient's evolution. Evidently, it is essential to assess the effectiveness of treatment and be vigilant for the possible appearance of any side effects.

Each case must be appraised on its own merits; no two patients are the same. It is also extremely important that clinical trials be conducted, to allow us to work with scientifically proven data. Although there is plenty of information available on cannabinoids, it is mostly based on preclinical data, essentially from animal experiments. 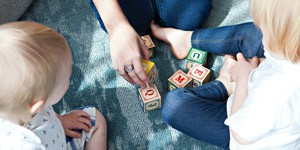 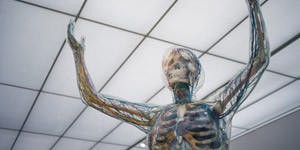 What is the endocannabinoid system's biological function...

Over the last three decades, a significant amount of knowledge has been accumulated about...