The cannabis plant contains more than a hundred chemicals known as phytocannabinoids, each having their own unique pharmacological profile, biological effects and thus therapeutic potential. Our scientific knowledge has focused on the two best known (and abundant) phytocannabinoids, Δ9-tetrahydrocannabinol (Δ9-THC) and cannabidiol (CBD), but some of the less abundant chemicals have been receiving interest recently.

These include cannabigerol (CBG), cannabichromene (CBC), Δ9-tetrahydrocannabivarin (THCV), cannabivarin (CBV) and cannabidivarin (CBDV). Trace amount of other cannabinoids found in cannabis include cannabinodiol (CBND), cannabielsion (CBE), cannabicyclol (CBL) and cannabitriol (CBT), although very little is known about these chemicals. THC and CBD are found in the plant as their precursors, Δ9-tetrahydrocannabinolic acid (THCA) and cannabidiolic acid (CBDA), and THCA and CBDA are also under scientific investigation. This article will review our current state of knowledge on the lesser known phytocannabinoids (including THCA and CBDA) and their potential uses as medicines.

THCA is the precursor for THC produced by the plant, and is decarboxylated (a change in the chemical structure) to THC with heat, light and time (for example by heating, smoking or cooking). Unlike THC, THCA is not associated with psychotropic effects in monkeys, mice or dogs, and since we know these effects are due to CB1 receptor activation, this suggests that THCA is not a strong activator of this receptor. There is a very limited amount of research on the biological effects of THCA, and what we do know only comes from animal studies. In rats, it has been shown that THCA reduces nausea (as THC is also well known to do). In this study, they found the effects of THCA were brought about by CB1 receptor. However, unlike THC, THCA did not reduce body temperature or locomotion, both of which are typical CB1-mediated responses. Therefore it is interesting that THCA might cause some CB1 responses and not others. One study in human macrophages (white blood cells important in engulfing and digesting foreign substances) showed that THCA could reduce inflammation but this was not through the CB1 or CB2 receptor. Another study showed that THCA was anti-oxidant in mouse brain cells and could protect the cells against chemically induced cell death. THCA can also inhibit cyclooxygenase (COX) activity (the same mechanism of action as aspirin or ibuprofen). Together these studies suggest that although the evidence is very limited at the moment, there is reason to suggest that THCA has beneficial effects in its own right that should be further pursued, especially if it could be without the psychotropic effects of THC that patients do not always want. Indeed, there are individual case reports of patients who have derived benefit from THCA in epilepsy and cancer pain, suggesting this to be true.

THCV is a homologue (meaning it has a similar chemical structure) to THC, however instead of activating CB1, researchers believe that THCV is a CB1 antagonist (an inhibitor of the receptor) and thus may have therapeutic potential in metabolic disorders and weight loss (causing the 'anti-munchies'). In rat studies investigating this, THCV has been shown to decrease liver fats and increase fat metabolism in animals, restore insulin sensitivity in obese mice, and to reduce eating and cause weight loss in mice. To test these positive metabolic effects of THCV in humans, this compound has been recently tested in healthy volunteer studies and clinical trials. In 20 healthy volunteers, a single dose of 10 mg THCV changed elements of brain functioning that might be related to food intake. In 20 volunteers who took 10 mg THCV, there was an increased brain response to chocolate and also increased responses to aversive stimuli. In patients with type 2 diabetes, 12 weeks treatment with THCV (5 mg twice daily) decreased fasting blood sugars, potentially suggesting improved blood sugar control. Another recent study in 10 cannabis users found that 10mg THCV taken for 5 days decreased some of the symptoms of THC, again suggesting that THCV inhibits the CB1 receptor. All of these humans studies report that THCV was well tolerated in their studies.

Taken together, there is scientific evidence that a number of disorders could potentially be treated with THCV, with a profile of CB1 antagonism, CB2 agonism and 5HT1A agonism. Human studies to date suggest that THCV (at the doses taken) is safe and well tolerated, and so has the potential to be taken further in clinical trials.

Cannabidiolic acid (CBDA) is the precursor for CBD produced by the plant that is decarboxylated to CBD with heat, light and time. There is a limited amount of research on CBDA, the majority of which has been on the anti-nausea effects of CBDA. Like CBD, CBDA suppresses nausea and vomiting in rats and shrews through the serotonin receptor (5HT1A), and also decreases intestinal motility, suggesting a role for CBDA in regulating nausea, for example in patients undergoing chemotherapy. Like CBD, CBDA has also been shown to reduce stress in rats, again through the serotonin receptor. Other pharmacology targets of CBDA that have been identified include inhibition of enzymes in the endocannabinoid system, TRPV1 activation and cyclooxygenase (COX) inhibition.

In cancer cell experiments, some studies have identified an anti-tumoral effect of CBDA; CBDA decreases human breast cancer cell growth and COX-1 inhibition by CBDA has also been shown to increase prostaglandin production in human colon cancer cells. However, another study testing CBDA against a range of cancer cell lines did not find that CBDA affected cancer cell growth, therefore it seems that further work is required to establish any potential anti-cancer effects of this novel phytocannabinoid.

The clinical use of CBD in epilepsy is well known, but there is also evidence to suggest that CBDV, a homologue of CBD, is also an anti-epileptic agent. This has been shown through cell studies and in animal models, which led to the initiation of human research in this area. A small clinical trial has been completed (although the results have not yet been reported) looking at the safety and tolerability of CBDV (known as drug GWP42006) in epilepsy. There is a follow-on trial registered at clinicaltrails.gov recruiting patients to examine the potential anti-epileptic effects of CBDV in adults (ClinicalTrials.gov Identifier:NCT02365610). Another registered trial proposes to examine the efficacy and safety of CBDV in children with Autism Spectrum Disorder (ClinicalTrials.gov Identifier: NCT03202303). Data from these studies should provide evidence as to whether CBDV is effective in epilepsy and autism.

In the laboratory, it has been shown that CBDV decreases fat formation and inflammation in human skin cells and it was suggested by the authors as a potential anti-acne agent. CBDV decreases mouse bladder contractility and may be useful for bladder dysfunctions. Like CBD and CBDA, CBDV also suppresses nausea in a rat model.

CBG is one of the less abundant phytocannabinoids that is receiving growing interest for its pharmacological properties. Like THC and CBD, it is found as cannabigerolic acid (CBGA) within the plant and is decarboxylated to CBG with heat, light and time. Two recent animal studies have shown that CBG can increase appetite in rats, suggesting this phytocannabinoid could be useful in disorders of eating and low body weight. Another animal study showed that CBG treatment could reduce inflammation in a mouse model of inflammatory bowel disease. CBG treatment also improved motor function, inflammation and oxidative stress in a rat model of Huntington's disease and the same was true of a compound derived from CBG called VCE-003.2, which was also effective in a model of multiple sclerosis.

In vitro laboratory studies have shown that CBG decreases cell proliferation and inflammation and increases fat formation in human skin cells, suggesting a potential role in dry skin syndrome. CBG also shows anti-bacterial properties against a number of bacterial strains. Another study showed CBG decreases human and mouse bladder contractility and this was not via the CB1 or CB2 receptor.

Together these studies suggest that there are interesting properties of CBG that could be pursued clinically with CBG either alone, or in combination with other phytocannabinoids, but this compound has not yet been tested as a single compound in humans.

CBC is one of the phytocannabinoids that forms from cannabigerolic acid (like THC, CBD and CBG). In the tetrad test, CBC shows the four signs suggesting CB1 receptor activation, but only at very high doses of 100 mg/kg. Experiments have shown that CBC decreases fat formation and reduces inflammation in human skin cells, and was thus suggested by the authors as a potential anti-acne agent. CBC also decreases inflammation in mouse macrophages via the CB1 receptor (white blood cells) and CBC treatment decreases inflammation and intestinal permeability in a mouse model of gut inflammation. A similar effect was found in a different model of gut inflammation in mice where CBC treatment was able to decrease gut motility. CBC also reduces inflammation in the paw of a rat pain model, although this was not through CB1 or CB2. Another study showed that CBC can decrease pain in rats through CB1 and TRPA. CBC also shows anti-depressant like effects in rats. CBC increases the viability of neural stem cells but inhibits their differentiation into astroglia. CBC shows anti-bacterial properties against a number of bacterial strains and anti-tumoral properties when tested against various cancer cell lines.

To the best of our knowledge, there is no published research on the biological effects of CBV, CBND, CBE, CBL or CBT.

Of the 100+ phytochemicals that are found in the cannabis plant, we only really have evidence on the biological and potential therapeutic effects of THCA, THCV, CBDA, CBV, CBG and CBC. Of these, only THCV (in diabetes and metabolic disorders) and CBDV (in epilepsy and autism) have been tested as single molecules in humans. From animal and cell line studies, we know that THCA, THCV, and CBDA may have a role in reducing nausea. CBG might also help stimulate appetite. As these compounds are not psychotropic, they may be preferential to THC, which patients often use for nausea and appetite stimulation in cancer and HIV. THCA, THCV, CBG and CBC all have anti-inflammatory properties in various models, with therapeutic applications against a wide range of inflammatory disorders. CBDA, CBG and CBC have potential anti-tumoral properties. THCV and CBG might also be protective in various neurological disorders. Much further research is require to translate some of these promising findings into clinical trials to prove effectiveness of these compounds either as single compounds or as combinations of phytocannabinoids, in humans. 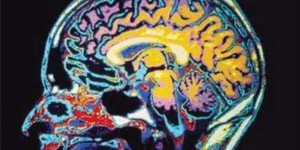 Towards a cannabinoid-based therapy for neurodegenerative... 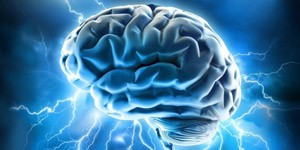 The term 'refractory epilepsy' is used to describe cases in which epileptic fits are so frequent... 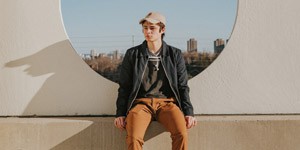 Cannabis and adolescence: fears and hopes in the adolescent brain

"Let's see if you make it through the awkward stage," "what a bad adolescence you're having," "...