The rapid, global spread of antimicrobial resistant organisms in recent years is unprecedented. Cannabis and its phytocannabinoids seem to be a viable response for what could easily be the next worldwide medical crisis. In particular, Cannabigerol (CBG) is gaining a lot of attention in the scientific world. Tested for its antimicrobial potential, CBG emerges as the most useful cannabinoid against those microorganisms that develop resistance to antibiotics, a phenomenon that is, unfortunately, still growing all over the world.

What is CBG and where is it found?

Let us start with the basics: CBG is the direct precursor of the more known cannabinoids delta-9-tetrahydrocannabinol (THC), cannabidiol (CBD), and cannabichromene (CBC).

Think of it as the parent of all other cannabinoids. In general, mature cannabis plants do not present a high percentage of CBG. The concentration of cannabinoids and other secondary metabolites and their relationship determines the chemotype of cannabis.

Particular genes and alleles are responsible for the type of cannabinoids present in some varieties. (1) Chemotypes with a high concentration of CBG are considered type 4. (2) Of course, as well as the genes, many other environmental changes such as temperature, lighting conditions, and nutrients can alter the final production of secondary metabolites.

How do you get cultivars with a high concentration of CBG?

In the cannabis plant, the biosynthesis of cannabinoids is a very complex network of enzymatic processes that takes place within the glandular trichomes. (3)

In general, almost all biological reactions are enzymatic catalysis, where catalysis means a chemical phenomenon through which the speed of a reaction increases due to the intervention of a substance called a catalyst, which is not consumed by the reaction itself.

In biology, the catalysts are enzymes. In order for a plant to be able to produce THCA, CBDA, and CBCA from the precursor molecule CBGA, some enzymatic reactions are required.

The different CBG conversions are enzymatically catalyzed by three different enzymes, called synthase, which have been identified for each reaction:

The synthases CBD and THC are very similar in their affinity (binding capacity) for CBG and their catalytic capacity. The affinity of CBC synthase for its substrate (CBG) is higher but, on the contrary, its catalytic capacity is lower, leading to a lower production of CBC.

Therefore, plants with a high CBD content have a BD / BD gene (this means that both alleles, or forms of the gene, are BD).

Plants with a majority of THC have a BT / BT gene; plants with a similar ratio between the two cannabinoids, a gene with a BT / BD character.

Plants with a predominant CBG character, on the other hand, have a defined allele B0 which causes a defect in the synthesis of the other cannabinoids.

In other words, for a cannabis plant to be able to prevalently produce CBG, it needs to have some "problems" with the enzymes that catalyze the reactions to the other cannabinoids (CBD, THC, CBC). (5)

What is antibiotic resistance and how may CBG help?

The World Health Organization (WHO), in one of its reports, published the first ever list of "priority pathogens" resistant to antibiotics, consisting of 12 families of bacteria that represent a serious threat to human health. (6) Among them, Staphylococcus aureus, a GRAM-positive bacterium, is one of the most infectious and common causes of morbidity and mortality worldwide.

In the WHO report, 75% of the other resistant bacteria is represented by GRAM-negative bacteria, bacteria which are already difficult to treat with drugs, due to the presence of a cell wall (which is not found in GRAM- positive bacteria) which makes it very complicated to attack them with a drug.

How do cannabis and CBG come into play with this?

Uncovering the Hidden Antibiotic Potential of Cannabis is a recent work published in ACS Infectious Diseases, the magazine on infectious diseases of the American Society of Chemistry. (7)

The results obtained showed that all the compounds display good antibiotic activity, with phytocannabinoids, in their neutral form, more powerful than their acid precursors (CBCA, THCA...) and their divarinic derivatives (CBDV, THCV...).

Since one of the main virulence factors of S. aureus is the ability to form a biofilm, which also increases resistance to antibiotics, the researchers also tested the ability of the test compounds to inhibit the formation of this biofilm. The results were in line with previous ones and CBG proved to be the most potent in inhibiting biofilm formation.

CBG has also been shown to be the most effective against the formation of dormant MRSA populations, called "persisters", responsible for the chronicity and recurrence of S. aureus infections. (7)

Thanks to the support of bio-computer analyses, the researchers understood that the possible mechanism of action of CBG is due to an interaction with the plasma membrane of GRAM-positive bacteria, which is destroyed by CBG.

Subsequent tests have further shown that CBG is effective against antibiotic-resistant S. aureus even in vivo, in laboratory animals, at a dose of 100 mg/kg.

As further confirmation of this, CBG in combination with polymyxin-B was found to be effective in inhibiting the growth of other very harmful GRAM-negative bacteria, such as A. baumannii, Klebsiella pneumoniae, and Pseudomonas aeruginosa.

With this interesting new study, the researchers have "unveiled" the hidden broad-spectrum antibacterial activity of cannabinoids and demonstrated the potential of CBG against pathogens resistant to antibiotics, both GRAM-positive and GRAM-negative.

Furthermore, this research supports even more the idea that phytocannabinoids can be produced by the cannabis plant as a natural defense against pathogens. (7)

The French strains Santhica 23, Santhica 27 and Santhica 70 (literally "Sans THC", without THC) are examples of cultivars (agricultural varieties of the same botanical species) with a high concentration of Cannabigerol (CBG: 1.5 - 2.0% ).

In some cases, even in the cultivations of the Italian variety Carmagnola, there is a small percentage of plants with a high content of CBG, compared to the normal prevalence of CBD.

A selection from varieties with a predominance of CBG has led to the production of cultivars with a high percentage of this cannabinoid, developed by the Spanish company Phytoplant. The selection of these varieties was made starting from monoecious varieties, or from plants that have both male and female reproductive organs, also defined as hermaphrodites.

A percentage of seeds derived from these plants will develop dioecious plants, thus allowing the selection of those phenotypes with the best characteristics.

In Italy, the Canvasalus company recently registered Gerona, a new variety with CBG up to 8% within the genetic database of Phylos Biosciences.

These plants could be used in the not-too-distant future, considering that research on CBG is achieving promising results, not only as a viable antibiotic, but also in the area of intestinal inflammation and in dermatology (for example, CBG was found able to inhibit the growth of an overgrowing human keratinocyte cell line, as in the case of psoriasis). (8)

CBG - a phytocannabinoid present in the Cannabis plant at low concentrations - was selected by researchers for studies on the possible mechanism of action of cannabis derivatives to treat antibiotic resistance.

This is because, in addition to being the phytocannabinoid with the best antibacterial activity, CBG also has other advantages: 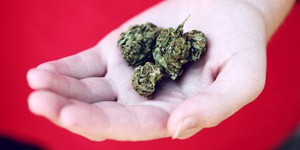 The vast majority of clinical studies that support the therapeutic use of what is usually... 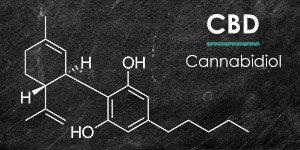 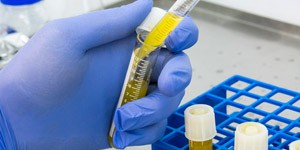 Will we ever achieve synthetic cannabinoids with better...

For several decades now, many research groups around the world, including some Spaniards, have...