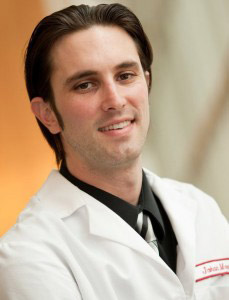 Jahan Marcu, Ph.D., is currently the Director of Experimental Pharmacology and Behavioral Research and Director of the Patient Focused Certification program, which is a health and safety oversight program that assesses regulatory compliance at cannabis operations.

He is co-founder of the International Research Center on Cannabis and Mental Health and is on the scientific advisory board of the International Cannabis and Cannabinoid Institute (Czech Republic). He is also co-founder and past-chairman of the CANN subdivision of the Chemical Health and Safety Division of the American Chemical Society. His is also on the Board of Directors of the International Association for Cannabinoids as Medicine (Germany). He has a background in analytical chemistry and molecular pharmacology, he received his Ph.D. for contributions in characterizing the structure and function of the cannabinoid receptors.

He is an author of the American Herbal Pharmacopeia's Cannabis Monograph and serves on multiple expert government, trade association committees, scientific organizations and is a court-qualified synthetic cannabinoid and cannabis expert. He has helped create medical cannabis educational training for clinicians and for workers in the medical cannabis industry, and has been invited to speak at many international conferences and universities. Dr. Marcu is a recipient of the Billy Martin research award from the International Cannabinoid Research Society.

Sarah Russo: Can you give details about the cannabis monograph that you and other experts helped to create?

Jahan Marcu: Botanical Medicine and herbal monographs guide people and companies on how to make plant based medicine. In the 1940's, the government removed cannabis from the US pharmacopeia. Many people cite that as a conspiracy, but many other plants and products were removed at the same time. For example, during this era you could get a concoction of opium, cannabis, and Cholorform together. It probably worked well for sleep, but it was toxic to the brain. The government wanted a clean slate, which was part of the FDA coming into power. There wasn't a clear consensus then on any guiding standards for the products and their label claims.

To create a monograph, a bunch of experts get together, and write a document which the government and regulators can adopt. The US government did this with the American Herbal Pharmacopoeia (AHP). The AHP is similar to the US pharmacopeia (USP), except that they don't follow DEA compliance. A cannabis monograph hadn't been done because it's a Schedule 1 drug. The AHP doesn't have to worry about DEA compliance in this regard.

SR: Your work with Americans For Safe Access (ASA) includes going to various cannabis laboratories and working with them to ensure safety standards. What does that process entail?

JM: Patient Focused Certification (PFC) is a project of ASA which started during the creation of the monograph. We wanted safety standards to apply to cannabis operators. Patient have the right to know that the medicine is clean and has a known amount of active ingredients. When I was running a testing lab back in 2005 in San Francisco, cannabis operators had no interest in testing, and claimed that it sold perfectly well without people knowing what is in it. As soon tested products became available, patient demand for them increased. PFC is a voluntary certification, but these standards are now being required in some states.

During PFC certification, we visit a lab or other cannabis operation, and review their documents, standard operating procedures, licensing, and zoning. Our people perform walkthroughs to prepare the client for regulatory inspections. When we do PFC trainings, we'd get inspectors from different states' medical cannabis programs. Most all of them were former law enforcement. They were good at looking for crimes or security requirements, but they weren't trained in how to feel safe at a manufacturing plant. They wanted to know what to expect when they were walking into a cultivation site or a laboratory. Over the years PFC has fulfilled a number of state contracts for training and education.

We've also started a campaign at ASA for the opioid epidemic. For people to use cannabis as a substitute for pain medication, they must know what is in it. For this program, we do the necessary lab work at cost. This was written up in the Royal Society of Chemistry and elsewhere.

SR: What are some of the major quality control issues when it comes to cannabis?

JM: Cannabis is safe, but what we apply to it can be hazardous. There isn't much guidance from the Environmental Protection Agency (EPA) or other organizations about what is safe to use. Especially for inhaled cannabis products. Pesticides are an issue for workers as well as consumers. I worked in a cooperative. We weren't told about what was being put on the plants and how to protect ourselves. Additionally, very few pesticides are approved for indoor crop use.

Many issues arise when people start a larger cannabis operation and don't have a quality management plan. That's part of the reason it's beneficial to grow outdoors when the climate allows. The sun kills a lot undesirable bugs. I wish more governments were open to the prospect of outdoor cultivation. It would help this issue. Even indoor cannabis has to be gamma irradiated to meet regulatory standards.

Another issue is that we just found out from Jeff Raber's lab that pesticides can be transferred in cannabis smoke. We don't how much pesticides are absorbed in the body. We've just barely touched the issue. Data on product safety has to be generated by the industry which has the technical knowledge and practical expertise. Cannabis product safety data has not been studied by governments.

Some people don't test for pesticides because it is expensive. Pesticides standards cost thousands of dollars. If only one person wants it, then they pay for the whole cost. But if everyone was demanding pesticide testing, the price would drop dramatically. Just like it has to THC and CBD potency testing. We published a study on labeling accuracy of CBD products in the Journal of the American Medical Association.

Quality is everyone's responsibility. For example, a product can leave the cultivation center clean, then get exposed and contaminated during transfer. All cannabis has some bacteria in very low levels. How you store and transport it matters. One example was Sue Sisley when she ordered medical cannabis from the federal government for her PTSD study. When the cannabis was received, it was fine. But it wasn't stored in conditions to avoid the growth of bacteria and mildew. The humidity must be tightly controlled to maintain the integrity of the product and to avoid the growth of microorganisms. The cannabis was clean until the final stop, but improper handling and storage is what lead to it to be recalled.

SR: Should national governments be involved in safety standards for cannabis medicine, or should it be governed by a unique body?

JM: Sometimes the quickest way to get to a good solution is to work with your adversaries. Government regulators and the cannabis industry has the same interest, which is protecting public health. All industries create standards to regulate themselves. National governments typically don't have innate expertise on cannabis. The industry does. They need to inform the regulators how to monitor cannabis standards. We've seen what happens when regulators don't have proper input. The government needs to consider the industry in order to develop voluntary consensus standards. It would be impossible for the government to create effective regulations without industry input. All industry standards, from tobacco to potatoes, were developed by the industry with cooperation from governments.

SR: How do you think cannabis should be scheduled? A drug, an herb, a dietary supplement, or something else?

JM: I would like to see it descheduled or regulated like a botanical medicine. Cannabis is tricky because there are many cannabinoids in the plant that we don't have much information on, yet. Very few people have consumed pure CBG, for example. It' probably non-toxic, but it hasn't been tested much in humans. I believe cannabis will one day be moved down the scheduling chain. Cannabidiol (CBD) has the potential to be removed altogether. Some other preparations will eventually be as well.

Rescheduling would decrease mandatory minimums and criminal sanctions. However, changing cannabis to a less restrictive scheduling wouldn't affect the status of cannabis operators. They would still operate illegally under US federal law. Scheduling only applies to FDA approved medicines, and cannabis isn't recognized as such. Regardless of what happens with scheduling, we need to reframe how plant based medicines are regulated. Ginkgo biloba and lavender aren't FDA approved medicines, either.

SR: What is the allosteric modulator and how does it influence how CBD and THC work in conjunction with one another?

JM: THC stimulates cannabinoid receptors, something that CBD does not do. CBD does not directly interact with the endocannabinoid system, as is often claimed. CBD can enhance the properties of THC, but it mostly inhibits what it does. For example, THC will potentially cause sedation, while CBD, working at adenosine receptors, will counteract that effect. THC only has an effect on CB1 receptors when there are other cannabinoids present to stimulate it. Think of the CB1 receptor as a volume knob, THC takes it from 1 to 10. CBD can put a stop on the receptor so it can't go past 5 or 6. CBD makes it harder for cannabinoid receptors, like CB1, to be stimulated.

CBD also interacts with TRP channels, like TRPV8. When stimulated, CBD can counteract the effect of THC at these channels. Using CBD to alleviate a THC overdose may only partially be because of the effect at CB1. If CBD is present, it will make it harder for THC to stimulate CB1, which can lower the psychoactive ceiling. It can also have the separate activities through non cannabinoid receptors, such as interacting with serotonin, adenosine, and other ion channels to counteract the effects of THC.

SR: Are there any differences in what the scientific literature on CBN (cannabinol) has found and what product makers and patients are reporting?

JM: CBN is a degradation product of THC. CBN isn't as well studied as other cannabinoids. Generally, CBN is about 25% as potent as THC. People have likely consumed CBN in the illicit market. A lot of hash and chemically processed products probably contain CBN. CBN isn't something that you breed for.

CBN would be a great compound for the industry to study. It's troubling when people create products and don't do a user's survey. This information should be controlled to track what's happening. Most CBN products have other cannabinoids in them. Maybe THC or CBD, or the combination, is playing a role. If patients are reporting a benefit, I feel it is worth investigating more thoroughly.

SR: Thanks for your time, Jahan 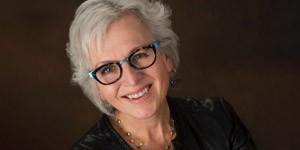 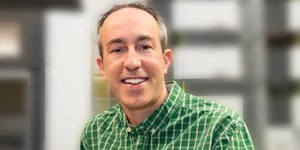 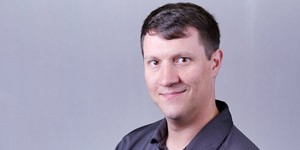