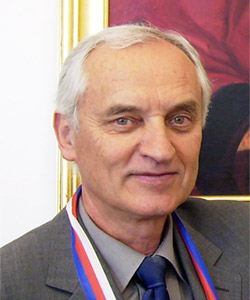 Professor Lumír Hanuš, a native of the Czech Republic, is an expert analytical chemist and a leading authority in the field of medical cannabis research at the Hebrew University of Jerusalem. His award-winning research serves as the basis for much of what we know about the plant today. Together with Dr. Bill Devane, he first described the structure of anandamide, an endogenous cannabinoid neurotransmitter. Professor Hanuš has received multiple awards and nominations for his scientific excellence and for his contributions to the field of cannabis study and research; he continues to conduct research in Jerusalem on cannabinoids, endocannabinoids and their derivatives. In addition, he is frequently invited to participate in parliamentary hearings about cannabis, in Israel, the Czech Republic and other countries.

Yuval Zolotov: Professor Lumir Hanuš, thank you very much for granting us this interview. After more than 45 years of being engaged with cannabinoid research, can you please share with us how it all started?

Lumir Hanuš: I was a young student in Olomouc in the Czech Republic (formerly Czechoslovakia); my professor then was looking at the medicinal properties of different herbs, and in 1950 he discovered antibacterial and antibiotic properties of cannabis. It is important to remember that at that time cannabis was completely legal, and there was a long tradition of growing and using cannabis in Czechoslovakia, mostly for industrial uses but also for medical ones. Our college was affiliated with the school of medicine, and there was a university hospital as well; and so our work with cannabis in the lab was leading to more research, and quite soon afterwards, they started to use cannabis in the clinic also, meaning that some patients were receiving cannabis in the hospital for various indications. Different parts of the plant were used; I remember for example that hemp seeds were used to treat children with tuberculosis. Back in 1954, I participated for the first time in a scientific conference on cannabis as a medicine.

YZ: And how was it different back then?

LH: This was before the UN conventions, and cannabis was treated quite differently by the law and also by people and by society. I was involved in research on cannabis for many years in the Czech Republic, and cannabis was grown at the university without fences, and I can't recall one incident of stolen cannabis. You know, I think that people started to get more interested in cannabis when it became illegal. I think that the harm associated with cannabis is somewhat artificial, and this is because of the legal situation. Today, the Czech Republic is a leader in the use of cannabis for recreational purposes, but it was different back then when it was legal – people were more interested in cannabis as a medicine and for industrial uses. So in my view, this is a shame for our society – we have lost many years of research into cannabis because of the regulations. And many patients could have benefited from it.

YZ: How did you come to join the research team of Prof. Mechoulam?

LH: We were in touch for many years by mail. I came to his lab for one year, and never left. That was in 1990, and we still work together.

YZ: What were the most exciting moments in your career?

LH: One of the most exciting collaborations was my work with Dr. Bill Devane in the early 1990s – to isolate the first endo-cannabinoid ('anandamide'). It was a long journey to find a brain tissue which bound to the cannabinoid receptor. Another exciting time was early in my career when I produced cannabis extracts that were administrated directly to patients in our university hospital in Czechoslovakia. We had very good results, and I was proud to be part of this team of pioneers. And when I think about it, the common aspect to both of those moments is that I was part of a unique collaboration. I truly believe that any progress in science, and maybe in anything, is achieved through collaboration, and I feel very lucky and proud that I was part of such alliances.

YZ: What are the current challenges in cannabis research?

LH: I feel there are two aspects. On the scientific level, we are being challenged now to find the exact function of the many cannabinoids. We have more knowledge than ever, but there is still much to do. We know that cannabinoids are helpful, but we still don't know how to use them properly. We already know that cannabinoids are synergic with one another – the 'entourage' effect – but we need to find out more about it. I think that flavonoids must also have an essential role; I believe that so far 49 flavonoids and derivatives of flavonoids have been isolated in cannabis, but there is not enough research on them. But, and this is the second aspect, the progress of science is limited by the regulations. If a fellow scientist is working on something and wants my collaboration, it is practically impossible to exchange any herbal material between us. Cannabis is a red flag for many scientists, and so we need a change in this perspective as well. I don't understand why so many people are afraid of cannabis, when in fact this plant can do so much good for human beings.

YZ: What have you recently learned about cannabis that you didn’t know before?

LH: We keep learning how complicated it is – currently we know about more than 1,200 different materials that were isolated from cannabis, and this included 144 cannabinoids. In a paper that I co-authored just recently, we identified three new ones: cannabiorcochromene, cis-delta9-tetrahydrocannabivarol, and cannabinerol. Many of the cannabinoids are in fact modifications and derivatives of other cannabinoids caused by decarboxylation. I am currently editing a systematic review with a colleague who is an organic chemist, in which we are categorizing the cannabinoids by their chemical composition. In fact, in this review we suggest a new conceptualization of the term phyto-cannabinoids – traditionally this term refers to cannabinoids which are cannabis-based. But we have found that other plants contain materials with similar structures, namely phyto-cannabinoids. I don't think that those plants will get the attention that cannabis gets, but some compounds are similar to cannabis.

YZ: What do you think is the biggest misconception of cannabis that people have?

LH: The main discourse around cannabis is that it is for palliative treatment only, but I think this is wrong, as cannabis can also be curative. People these days have an irrational concept of medicine, they don’t understand that pharmacies don't sell cures, they sell pharmaceuticals. Patients are no longer the focus. Something has gone wrong. Cannabis can be very helpful for patients. It's not for everybody and not for everything, this is no magic, and much is unknown.

YZ: What advice can you offer for patients who use medical cannabis?

LH: I believe that each patient is an individual and that cannabis use should be tailored to the person him/herself and to his/her specific situation – both in terms of the cannabis variety and dosage. Each of us is different in nature, we have different genes. Cannabis can be useful in many different ways, but patients need to use the cannabis extract which is personalized for their body and their condition. I understand patients who use cannabis illegally, but it is a big problem since we don't know what's in there and we cannot be certain that it has no pesticides, heavy metals or other things that can be harmful. Patients should know what are they using, and physicians need to know what it contains. I also think that cannabis can be very useful if it is used as suppositories and of course I believe in standardized extracts. Rick Simpson oil was helpful for Rick Simpson, but I think that other people might need other kinds of extracts. I know people who cured themselves from cancer, but I also know others who are no longer with us now.

YZ: How do you see your role as a scientist during the current evolution of reforms in medical cannabis regulations?

LH: I am not sure if I have much influence, but in any case I try to be active in public discussions about medical cannabis, in Israel and elsewhere. I see it as my duty to go out of the lab and bring scientific information to those public discussions, otherwise it is not "fair play". With cannabis we can bring hope to patients, so I think our society needs to do it. In my view, it is unethical to keep this treatment from patients, when many times medicine has nothing better to offer. I am not so naïve about our world, but nevertheless I believe there is no other way but to change the current regulations, and to move on with research. I feel very bad for patients who don’t get cannabis treatment because of the legal system. Here in Israel I often hear about patients who are licensed by the Ministry of Health but the dosage of cannabis that is approved is not enough for them, and they have to buy more elsewhere. And the legal status is an issue which also concerns us as researchers, as I mentioned before. So we need to act. Change is definitely needed.

YZ: Thank you very much for your time. 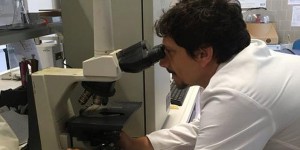 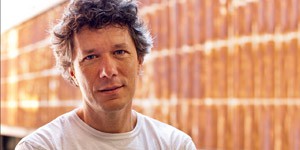 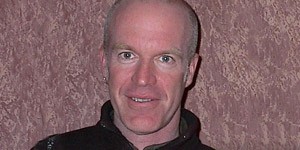