Michael Tagen, Ph.D. is a partner at Verdient Science, a consulting company focused on the development of cannabinoid-based medicines. He earned a B.A. in neuroscience and a Ph.D. in pharmacology. He has spent the last 11 years working on clinical trials and drug development in oncology, inflammation, and pain.

Cannabinoid-based medicine is still in its infancy, despite millennia of historical medicinal use of cannabis. The list of medical conditions where there are anecdotal reports of cannabinoids being effective is long. The list of conditions which have been adequately studied in clinical trials is short. We are only just beginning to narrow this gap.

We are now at a point where private companies are willing to invest significant amounts of money into the development of cannabinoid-based medicines and their testing in clinical trials. One of the most common questions that I encounter from these companies is whether their goal should be approval of their product by a regulatory agency, such as the US Food and Drug Administration (FDA).

To understand this question better, we should look at the history and purpose of this agency, as well as examples of cannabinoid-based medicines that have already received regulatory approval. Note that although I will focus on the FDA, this topic applies to regulatory agencies in countries all over the world.

FDA Regulation - Why It Matters

What was life like before FDA regulation? When you purchased a medicine, you could not be sure what was in it. There was no guarantee of potency (i.e. that the amount of the active ingredient claimed was actually there) or that there were no harmful contaminants.

There was no oversight over claims of efficacy (i.e. whether the medicine actually worked as described) or safety. Anybody could claim a medicinal effect of any product that they were selling, whether there was evidence for it or not. Not surprisingly, this led to the era of "snake oil", inert tinctures that had no effect, but were sold as cure-alls.

There are many parallels between medicines in the pre-FDA era and products from the cannabis industry. Products are frequently mislabeled regarding their potency, with cannabinoid levels significantly higher or lower than what is claimed. Depending on state regulations and the policies of the individual company, there may or may not be any testing for potentially harmful pesticides, pathogens, heavy metals, or residual solvents. Finally, some companies promote their cannabis products for specific medical uses, even when there is not yet adequate evidence to make these claims.

The mission of the FDA to regulate medicines was started under the 1906 Pure Food and Drugs Act. With this law and subsequent ones, pharmaceuticals have come to be one of the most strictly regulated industries in the country.

These regulations have led to many things that we now take for granted. When a doctor prescribes a drug, it will almost certainly be free from contaminants and the dose will be precisely as labeled. All approved medicines have been adequately studied to evaluate their benefits relative to their risks and met at least a minimum bar established by experts. A summary of the information generated from these studies is publicly available for doctors and patients.

That does not mean that this process is perfect. Sometimes rare side effects are discovered after the approval of a medicine. There are unfortunately some examples of companies illegally or unethically promoting their products for unapproved or inappropriate uses. However, virtually everybody would agree that the public health of the country is much better off than without the regulation and enforcement that the FDA provides.

Cannabis companies in the United States sit in a unique position. If a pharmaceutical medicine is not accepted by the FDA, it is illegal to sell in the US and the penalties for doing so would be severe. However, cannabis companies with state licenses can sell cannabis-derived medicines under permission of state law. Even though this is explicitly outlawed at the federal level, little enforcement action has been taken.

The financial investment in the clinical development of a product to obtain FDA approval is significant. It takes years to perform the studies necessary to obtain this approval. There is considerable risk that the results will not be adequate for approval.

So then why would a cannabis company bother to get FDA approval when they could simply sell their products immediately under state regulations? There are many reasons that this is a high risk, but potentially highly rewarding avenue for a company willing to make the investment:

Dronabinol and nabilone were the first cannabinoid medicines approved by the FDA in the 1980's. However, they are different than most cannabinoid-based medicines in the fact that they are not plant-derived. Rather, they are both synthetic forms of THC, the molecule responsible for the intoxicating effects of cannabis. The difference between them is that dronabinol exactly mimics the form of THC found in the cannabis plant, whereas nabilone is a slightly different form. This gives nabilone some different properties, but the overall effects are similar.

Dronabinol is approved in two formulations: a capsule formulation where the THC is dissolved in sesame oil (marketed as Marinol) and a liquid formulation marketed as Syndros. Both dronabinol forms are approved for two uses. One is to stimulate appetite in AIDS patients experiencing anorexia. The other is to reduce nausea and vomiting resulting from chemotherapy.

Nabilone (marketed as Cesamet) is only approved for nausea and vomiting caused by cancer chemotherapy.

Nabiximols (marketed as Sativex) is a cannabis-based medicine that has been studied in multiple diseases. It was developed by GW Pharmaceuticals and first approved in the United Kingdom in 2010 for muscle spasticity due to multiple sclerosis. It is now approved in many countries for this condition, but has not yet been approved by the FDA.

Sativex has also been tested in clinical studies of patients with chronic pain. Most studies have focused on a specific type called neuropathic pain that is caused by nerve damage. Canada, for example, has approved Sativex for neuropathic pain in patients with multiple sclerosis as well as for patients with advanced cancer who have not adequately responded to opioids.

Sativex contains THC, but it has some major differences from the synthetic forms of THC discussed above. Sativex is not synthetic, but is derived from extracts of the cannabis plant. To put it in the regulatory terms, it contains a “botanical drug substance”. Despite some misunderstanding on this point, the FDA and other regulatory agencies are not against botanically-derived drugs. However, they do recognize that there are some unique challenges and the FDA recently updated a regulatory guidance that gives recommendations on development of these products.

In addition to THC, Sativex contains an approximately equal amount of cannabidiol (CBD). This was based on the hypothesis that this combination would be better tolerated and have better efficacy than THC alone. Sativex also contains small amounts of minor cannabinoids and terpenes, although the company has not released any results demonstrating that they contribute to the therapeutic effect of Sativex.

Epidiolex is another cannabis-based medicine developed by GW Pharmaceuticals. However, it predominantly contains CBD with very low levels of THC. It received approval by the FDA in 2018 for two rare forms of childhood epilepsy.

GW Pharmaceuticals is continuing to develop Epidiolex for other indications. The pipeline page of their website indicates that it is currently being studied in tuberous sclerosis complex and Rett syndrome. Both of these are rare neurodevelopmental diseases where seizure is a common symptom.

Beyond the studies that are officially sponsored by GW, Epidiolex is being investigated in a variety of other conditions, including additional types of epilepsy, drug dependence, and neuroinflammation.

Since this was the first FDA approval for a plant-derived cannabinoid medicine, it has generated significant interest by other companies that would like to follow suit.

The Future of Regulatory Approval for Cannabinoid Medicines

The future appears bright for investment in cannabinoid-based medicines. Experienced companies that operate more like pharmaceutical companies (such as GW Pharmaceuticals) are continuing their investments in clinical development. Many companies that have been operating under individual state licenses are seriously discussing the possibility of entering in this area as well. At least for the moment, enthusiasm is high and the environment for fundraising is very good.

Surely not every one of the many medical conditions for which cannabinoids are proposed will end up with the positive results. Pushing the boundaries of science is always uncertain and some negative results are to be expected. There have already been several clinical studies with negative results that have caused companies to stop further testing, although these tend to not be discussed as much as the successes, such as Epidiolex.

I expect that we will continue to see expansion of existing medications. This includes regulatory approvals in new countries, as well as an expanded number of medical conditions for which they are approved. As new clinical results are obtained, we will eventually see more companies with FDA approved cannabis-based medicines. These approvals will expand the use of cannabinoids as physicians will finally be able to feel confident in recommending them to their patients. 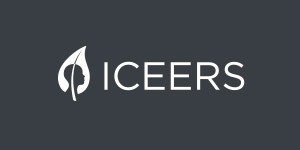 Starting this year, ICEERS, in collaboration with IMIM, has begun their study "The quality of... 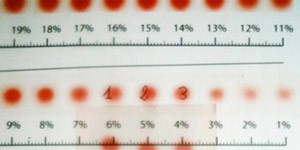 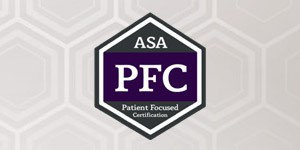 Since its inception, ASA has successfully shifted the national debate around medical cannabis,...