All about my FAAH

The endocannabinoid anandamide was the first molecule discovered in a mammal, specifically in the brain of a pig, capable of binding and activating cannabinoid receptors, the same ones to which Δ9-tetrahydrocannabinol (THC) binds and which are the main responsible of the effects of cannabis on the body. In 1992, Irish researcher William Devane, working with pioneers of cannabinoid research such as Roger Pertwee and Raphael Mechoulam, isolated and identified this fatty acid derivative and baptized it by joining the Sanskrit term "ananda" (happiness) with the chemical name of the "Amide" molecule.1 Shortly after, the discovery of the formation and degradation of anandamide in neurons and the identification of the enzyme responsible for its deactivation gave the starting signal to endocannabinoid pharmacology.2,3

The enzyme responsible for controlling the activity of anandamide and, therefore, modulating the basal activation of the endocannabinoid system and regulating the physiological processes controlled by it, such as sleep, appetite, mood or memory, is the fatty acid amide hydrolase, also known by its acronym in English as FAAH. In addition to anandamide, FAAH also regulates the degradation of other fatty acid amides such as the OAS and PEA, so the FAAH soon became a promising pharmacological target that caught the attention of the pharmaceutical industry. To deepen the functioning of the FAAH, two powerful research tools were developed at the beginning of the century: FAAH inhibitors and FAAH knock-out (KO) mice. The former are small synthetic molecules that bind to the active site of the enzyme by rendering it useless, and the latter are laboratory mice that have been selectively removed FAAH by genetic manipulation. Having no FAAH to degrade it, anandamide is at large, so these animals have higher concentrations of the endocannabinoid in their body. 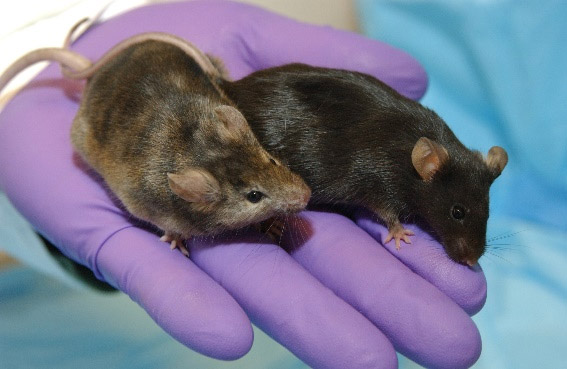 The first time I remember hearing about animals without FAAH was during the eighth annual meeting of the Spanish Cannabinoid Research Society (SEIC), held on the campus of the University of the Basque Country in Bilbao at the end of 2007. It was the last talk (eight thirty in the afternoon) on the first day of the conference and the audience was tired and probably thinking of the welcome dinner. Clara Touriño, who at that time was a PhD student in the laboratory of Rafael Maldonado and Olga Valverde at Pompeu i Fabra University, presented the work she had done during a brief stay in Daniele Piomelli's laboratory at the University of California, Irvine (ICU). There he had been able to experiment with FAAH KO mice, which in those years represented a technical novelty that students in Spain had difficult access to. Clara had observed the behavior of these animals in terms of calorie storage and motivation for food. To lift the mood of the public and make the talk more digestible, Clara made a personalization of the behavior of the FAAH KO mice describing them as happier, more relaxed, almost smiling animals, and with a greater ability to enjoy food than their control companions ( or wild-type), which maintained their normal expression of FAAH and, therefore, had normal levels of anandamide.4 Nothing like a hoax relating a genetic mutation in a laboratory mouse with a known aspect of cannabis use such as "munchies" to mark a point at the annual meeting of the SEIC.

Shortly after, it was I who packed my bags to go to the ICU and work alongside Daniele Piomelli, a Neapolitan researcher based in California considered one of the pioneers of FAAH pharmacology, and discoverer of the URB compound series, the first inhibitors Selective FAAH to begin clinical trials. The following years were marked by the great interest of the pharmaceutical industry in developing this family of molecules as active ingredients for the manufacture of medications for different indications, such as osteoarthritis pain, neuropathic pain or posttraumatic stress. After the negative result obtained in 2012 by the pharmaceutical company Pfizer compound in arthritic patients with knee pain, in which the FAAH inhibitor was not more effective than ibuprofen and, above all, the tragedy occurred in a trial of The BIAL pharmaceutical company in France in early 2016 in which a healthy volunteer died, the FAAH was remarkably cooled as a pharmacological target. After verifying that the accident in the BIAL study was due to characteristics of the drug and not of the "class", that is, of the pharmacological inhibition of FAAH, some companies maintain active programs for indications not related to pain such as anxiety and smoking cessation.

However, a few weeks ago the headlines around the world jumped the news about the second known mammal with a genetic mutation that reduced FAAH activity in its cells. Jo Cameron, 71, is a retired teacher affected with congenital pain insensitivity, a hereditary condition in which patients do not perceive physical pain and is part of the so-called inherited sensory and autonomic neuropathies. Symptoms may be evident, such as wounds, bruises and broken bones or go unnoticed due to the absence of pain. Cameron's doctors referred her to the pain team at the University Collegue in London (UCL) when she found stunned how the septuagenarian was recovering quickly from her hip surgeries and arthritis in her hands without the need for analgesics. Congenital pain insensitivity may be caused by genetic mutations in different genes (such as SCN9A, NGF, or SCN11A) and the symptoms may vary depending on the affected gene.

However, Cameron presents in its genome two mutations that affect the functioning of FAAH:

The discovery made a great deal of details of this Scottish's life come to a sudden meaning: bone fractures of her childhood, burns with the iron, insensitivity to spicyness or her painless births now had a new explanation. But it is not just your perception of pain. Cameron is not scared either, she is an implacable optimist and in the stress and anxiety tests she obtained the minimum score. The scientists who study it trust that the information obtained will help us better understand the physiological functioning of the endocannabinoid system, since Cameron has anandamide levels that are twice as usual. This may represent a new opportunity for FAAH inhibitors in chronic pain, anxiety and stress processes. It also confirms the translational value of the activation of cannabinoid receptors, the mediators of the effect of anandamide, but also of THC, to alleviate the symptoms of these diseases in humans, and reinforces clinical observations about the efficacy of cannabis and cannabinoids in these indications. It seems that Jo Cameron, after a life dedicated to teaching, still kept one last ace up her sleeve. It will be the researchers' job now to turn it into new effective treatments that bring relief to the millions of patients globally affected by chronic pain or anxiety. 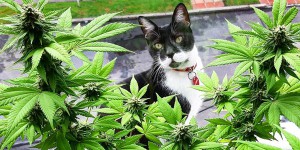 Discussions of the Endocannabinoid System (ECS) often neglect to consider the importance of this... 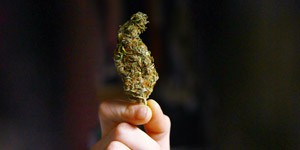 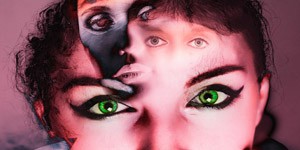 Schizophrenia is a chronic mental disease affecting approximately 1% of the population. Onset is...