The Endocannabinoid System in the Gastrointestinal tract

Fabio Turco is a pharmacologist with a PhD in biomedicine. His researches focused mainly on the neuropharmacology of the GI tract, the gut-brain axis and the microbiome. He identified the expression of Toll-like receptors on human enteroglial cells and highlighted the anti-inflammatory role of the cannabimimetic compound palmitoylethanolamide (PEA), in chronic intestinal inflammatory diseases. Thanks to the work in laboratories in Italy and USA, he deepened his knowledge of the Endocannabinoid System and his role in the homeostasis of the body. He works as a cannabis consultant, scientific writer and he is interested on the relationship between medicinal plants and the development of human spirituality.

The Endocannabinoid System is one of the most expressed systems within the human body despite being one of the least studied, especially for the stigma still existing around the word Cannabis. Among its multiple functions, the Endocannabinoid System also participates in the regulation of the gastrointestinal tract. In this article, we discuss its functioning and how it could be useful in the treatment of numerous gastrointestinal disorders, like gastric reflux, obesity, chronic inflammation and motility disorders.

The discovery of the Endocannabinoid System in the gastrointestinal tract

The most important function of the gastrointestinal (GI) system is the digestion of food. Through a meticulous series of processes in the GI tract, food is transformed into the energy necessary to perform the various functions of life. This is one of the fundamental features of animal biology and the Endocannabinoid System (ECS) is fully involved in regulating this process.

The first report of the presence of the ECS in the mammalian GI system dates back to 1995, when a group of Israeli scientists, led by Raphael Mechulam - the same who first identified the THC - isolated an endocannabinoid, the 2-arachidonoylglycerol (2-AG), in the canine intestine. (1) Another endocannabionoid, the Anandamide, was later identified in the mouse intestine. (2) Subsequently, components of the ECS were identified in every portion of the mammalian GI system.

CB2 receptors are also present in the Enteric Nervous System, but they are mainly found on the immune cells in the GI tract. (4)

The enzymes responsible for the production and degradation of cannabinoid, have also been found along the entire GI tract. (5) Here, we can also find Palmitoylethanolamide (PEA), Oleoylethanolamide (OEA) and other similar compounds. (5) These molecules, although not acting directly on CB1 or CB2 receptors, behave in the same way as endocannabinoids -they are defined as cannabinoid-like compounds (cannabimimetics)- and play an important role in the GI system, especially in preventing the onset of inflammation. (6)

The Endocannabinoid System and the gastrointestinal homeostasis

Once ingested, the food have to be metabolized to give nourishment. If we follow the path of food along the GI tract, we can easily appreciate how the ECS is able to regulate the GI system.

After being shredded in the mouth, food passes into the esophagus. From here, through an elastic opening called esophageal sphincter, food reaches the stomach. Relaxation of the esophageal sphincter is one of the main causes of gastroesophageal reflux, a pathology that affects approximately 20% of adults in the western culture, at least once a month. (7).

In a 2009 clinical study on healthy volunteers, daily administration of 10 or 20 milligrams of tetrahydrocannabinol (THC) was able to decrease relaxation of the esophageal sphincter and consequently all the symptoms of reflux. (8) Experiments on animal models have shown that this effect is mainly due to the activation of CB1 receptors. (9)

A protection for the stomach

Even before the identification of cannabinoid receptors, a group of US scientists noted that by administering THC to rats with gastric ulcers induced by anti-inflammatory drugs, gastric secretion and especially the degree of ulcer formation was reduced - thus highlighting the gastroprotective effect cannabinoids. (10)

The ECS not only protects against ulcers caused by drugs. In 2003, a group of Italian pharmacologists discovered that the activation of the CB1 receptor was able to reduce the gastric secretion induced by the cholera toxin. (11)

The activation of the CB1 receptor in the stomach can also slow down the gastric emptying. (12) This effect of the CB1 can be exploited in case of gastroparesis, a chronic pathology consisting of partial paralysis of the stomach, with consequent delay in emptying. In people suffering from gastroparesis, the stomach empties more slowly and this can lead to loss of appetite, nausea and even vomiting. Currently, there is no specific cure for this pathology, but the use of drugs that contrast the action of cannabinoids, the so-called antagonists, could prove to be an effective strategy.

The "brakes" of the intestine

From the stomach, food must then travel all over the intestine, so that the nutrients can be absorbed, while any waste eliminated. This occurs through a movement of the intestinal wall called peristalsis, a series of contractions and relaxations that, like a pump, push food from the duodenum, the initial portion of the intestine, to the colon.

A defect of the intestinal motility is the hypermotility, a condition not yet fully understood (it is usually associated with an increased intestinal inflammation). Hypermotility can lead to poor food absorption and to pathological conditions, such as irritable bowel syndrome (IBS). Intestinal motility is under the direct control of the Enteric Nervous System, a neuronal network that works autonomously and that is controlled also by the ECS.

The action of these phytocannabinoids, as well as that of the endocannabinoids and the synthetic cannabinoids, is mainly due to the stimulation of the CB1 receptors expressed in the Enteric Nervous System. (15) Once activated, CB1 reduces the release of acetylcholine (a neurotransmitters) from the enteric nerves and this, together with other mechanisms not fully understood, causes a decrease in intestinal contractility and therefore in motility. (15)

Not surprisingly, in the Handbook of Experimental Pharmacology, one of the most authoritative pharmacology journals in the world, CB1 receptors are called the physiological "brakes" of the GI system. (16)

The interaction with healthy bacteria

In the bowel, the ingested food is processed by the microbiota, that is by the billions of microorganisms - mostly bacteria, but also yeasts, viruses and others - which reside permanently in mammalian organisms. Microbiota helps in the processes of degradation and absorption of food and in the protection against infections. (17)

The ECS is able to modulate the composition of the microbiota and, consequently, its impact on GI physiology. The mechanism underlying this interaction is, however, still poorly understood.

In 2010, a study with mice with a genetic modification that induced obesity, found that the activation of the ECS by the microbiota - through an unclear mechanism - leads to an increase in fat mass, as a consequence of an increase in intestinal permeability. (18)

Conversely, the inhibition of the CB1 receptor reduces obesity and changes the composition of the microbiota, favoring the presence of protective bacterial species. (19) Probiotics, microorganisms which, if administered in the right quantities, have positive effects on intestinal pathophysiology, also interact with the ECS in the GI tract. (20)

In another study it has been shown that the administration of probiotics increases the activity of CB2 receptors and this effect was correlated with a decrease in abdominal pain and visceral hypersensitivity. (21)

The ECS and the microbiota are therefore able to influence each other and, since the mechanisms of this interaction are still unclear, further research could identify new pharmacological targets in diseases such as obesity and metabolic syndromes.

Eating is a pleasure with endocannabinoids

So far, we have described the fate of food in the GI system, from its intake to its absorption. To make this happen, however, people need to eat!

This means that one must feel that sense of hunger that pushes humans and animals, in the same way, to search for something to ingest, to meet the metabolic needs of the body, which require energy, provided right by the food. This process is called feeding behavior.

Since the ancient times, it is known that the ingestion of Cannabis, as well as the habit of smoking it, causes an increase in appetite, called "munchies". While in the past it was believed that to have munchies was only a suggestion due to the intoxication caused by Cannabis, scientists have discovered that this effect is real and depends on various mechanisms, both central and peripheral.

One of the mechanisms by which the ECS stimulates hunger was recently discovered. In their study, the researchers administered THC to laboratory mice and saw that they ate more and, oddly enough, had greater sensitivity to odors. After this experiment, the scientists used genetically modified mice, in which the CB1 receptor present in the olfactory bulb neurons was inactive. What happened next? Well yes, in these genetically modified animals, THC did not induce the sense of hunger. (22)

In 2015, the famous scientific journal Nature published another study on this topic, which highlighted a "paradoxical" mechanism by which the ECS regulates hunger. Scientists from Yale University, USA, studied the effect of the CB1 activation on the so-called pro-opiomelanocortinic (POMC) neurons. These neurons are activated when people are satiated, reducing the sense of appetite. Scientists therefore expected that by activating the CB1, which is known to be orexizing (which increases appetite), the activity of the POMC neurons would be reduced. Instead, the opposite happened. Scientist were then astonished but, without losing faith, analyzed their data more thoroughly and found that the POMC neurons, under normal conditions, release 2 substances: a hormone called α-Melanocyte-stimulating hormone, with an anorectic effect which blocks the appetite, and a neurotransmitter called beta endorphin, a substance that causes a high feeling of well-being (it acts on the opioid receptors). However, when the POMC neurons, as in the experiment, are activated by cannabinoids, they release only the beta endorphin and consequently there is no longer the anorectic effect of the hormone -but only the pleasant sensation released by the beta endorphin- and the appetite is not blocked. (23)

This and other similar researches highlight the role of endocannabinoids in what has been defined by scientists as "hedonistic hunger", or the search for food as pleasure, not as a requirement.

Significant in this sense is a work published in 2012 in the journal Neuropharmacology: scientists divided laboratory mice in two groups, one receiving sugar and another sugar plus THC; even if in both groups THC did not influence the amount of sugar consumed, mice that received THC showed a "hedonistic" reaction to food and in their brain the concentration of dopamine, a neurotransmitter involved in the mechanisms of gratification and reward, was increased; these effects induced by THC was abolished in the presence of a CB1 antagonist. (24)

This indicates, as reported by other studies, that the ECS is involved in the perception of the "acceptance" or not of a given food.

In this article we have seen how the ECS has a massive presence in the GI tract and how it is involved in the regulation of important functions, from the feeling of hunger to the absorption of food nutrients.

Acting on one of these mechanisms through the use of phytocannabinoids, cannabinoid-like drugs, antagonists or drugs that interfere with the biosynthesis or degradation of endocannabinoids, may prove to be an effective strategy in the treatment of numerous GI disorders, from functional disorders to obesity, from chronic inflammation to motility disorders.

13) Roth Sh. “Stereospecific presynaptic inhibitory effect of Δ9-tetrahydrocannabinol on cholinergic transmission in the myenteric plexus of the guinea pig”. Canadian Journal of Physiology and Pharmacology, 1978, 56(6): 968-975. 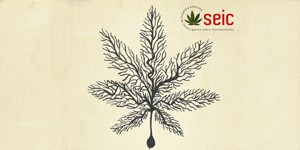 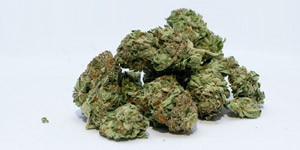 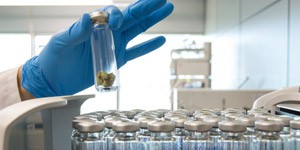