Cannabis and Health: report by the US Academy of Sciences

Ekaitz Agirregoitia Marcos graduated from the UCM in Biology for Healthcare in 2003. In 2008 he received a PhD in biology from the UBC and since 2012 he has been an associate professor in the Physiology Department of the UBC's School of Medicine and Dentistry. His principal area of research is the role of the endocannabinoid system in the physiology of reproduction. He is a member of the Spanish Observatory of Medicinal Cannabis and works with the association of therapeutic users Dosemociones (Madrid) in the group of patients with inflammatory bowel diseases using cannabis for therapeutic purposes.

The US National Academy of Sciences (NAS) has published a report on medicinal cannabis entitled The Health Effects of Cannabis and Cannabinoids: The Current State of Evidence and Recommendations for Research (2017). Although yet to be released as a printed book, the prepublication has been available on the academy's website since 12 January 2017.

The NAS was set up in 1863 as a private non-governmental institution to advise the American nation on issues related to science and technology, although its reports have global repercussions.

In March 2016, the Health and Medicine Division (formerly the Institute of Medicine or IOM) of the National Academies of Sciences, Engineering and Medicine convened a committee of experts to conduct a comprehensive review of the literature on the health effects of using cannabis and / or its constituents. The report was carried out with studies that had appeared since publication of the IOM's previous report in 1999 Marijuana and Medicine: Assessing the Science Base, which had in turn replaced the IOM's first report entitled Marijuana and Health from 1982. The 2017 report was drawn up by 16 experts in the areas of cannabis, addiction, oncology, cardiology, neurodevelopment, respiratory disease, paediatric and adolescent health, immunology, toxicology, preclinical research, epidemiology, systematic review and public health. It was sponsored by American federal, state, philanthropic and non-governmental organisations.

Given the large body of scientific literature on cannabis generated since the previous report in 1999 and the time constraints of the study, the committee gave precedence to recently-published systematic reviews (since 2011) and high-quality primary research and eleven key health issues (therapeutic effects, cancer, cardiometabolic risks, respiratory disease, immunity, injury and death, prenatal, perinatal and postnatal exposure to cannabis, psychosocial effect, mental health, problem use of cannabis and cannabis use and abuse of other substances). Although it reviewed over 10,700 publications, the committee recognises that there may be some very interesting research which is not reflected in the report since it did not directly address the health research questions prioritised by the committee.

After assessing all the studies reviewed, the report sets out nearly 100 conclusions on the use of cannabis or cannabinoids and their effect on health. In drafting the report, the committee developed standard language to categorise the weight of evidence regarding whether cannabis or cannabinoids use is effective or ineffective for various ailments. It also gathered evidence on the possible negative health effects of cannabis use. Evidence was categorised as: conclusive, substantial, moderate, limited and insufficient. In order to cover the evidence in each category, the report takes into account the quality of the studies supporting each conclusion; contradictions encountered between results for the same research and any uncertainty generated by the results. The category of "insufficient evidence" also includes ailments for which there was no published research.

Having reviewed the studies on the therapeutic effects of cannabis, the report states that there is conclusive or substantial evidence that cannabinoids are effective in the treatment of chronic pain in adults, as antiemetics in treating chemotherapy-induced nausea and vomiting, and in improving patient-reported multiple sclerosis spasticity symptoms. There is also evidence, albeit moderate, on its effectiveness in improving short-term sleep outcomes in patience with sleep disturbance associated with obstructive sleep apnoea, fibromyalgia, chronic pain and multiple sclerosis. Limited evidence was found with regard to increased appetite in patients with HIV or in relation to the improvement of clinician-measured multiple sclerosis spasticity symptoms, among other conditions. Finally, it concludes that there is no evidence to support or reject the use of cannabinoids in many other circumstances such as cancer, epilepsy, symptoms of irritable bowel syndrome or the achievement of abstinence in the use of addictive substances.

2. Effects of cannabis on the appearance of health problems

In relation to cancer, there is no evidence (or insufficient evidence) relating the use of cannabis to the appearance of any type of cancer; indeed, there is moderate evidence to suggest that there is no relationship between cannabis use and lung or neck cancer. As for the possible cardiometabolic risks of cannabis use, the evidence is limited. Also limited is the evidence of an association between cannabis-smoking in healthy individuals and a decrease in levels of inflammatory cytokinins; on the contrary there is no conclusion as to what occurs in patients with inflammatory diseases.

The report states that there is substantial evidence relating the use of cannabis smoking by pregnant women and a lower birth weight in their children. There is also evidence, limited in this case, of an association between cannabis use and pregnancy complications. Nonetheless, there is no evidence associating cannabis use with any later health problem in offspring.

With regard to mental health, there is moderate evidence of an association between acute cannabis use and the impairment in learning, memory and attention. Where the authors of the report did find substantial evidence was on the association between cannabis use and the development of schizophrenia and other psychotic disorders, with a greater risk among more frequent users. They also found moderate evidence that cannabis could increase the incidence of mental disorders in chronic users. Nonetheless, there is no reference to the role played by genetic or environmental predisposition of chronic cannabis users in relationship to the appearance of mental disorders.

Finally, it is interesting to note that the report finds no evidence relating cannabis use with death by any cause, occupational accidents or death due to overdose. On the other hand, they did find moderate evidence of the development of dependency on substances such as alcohol, tobacco and other legal drugs as a result of cannabis use and vice versa.

3. Challenges and barriers to conducting research with cannabinoids

Cannabis is listed by the DEA (Drug Enforcement Administration) and the FDA (Food and Drug Administration) as a Schedule I controlled substance (i.e. a substance with a high potential for abuse and with no accepted medical use). In August 2016 the DEA turned down a request to reschedule cannabis to Schedule II (substances with a high potential for abuse but with an accepted medical use) on the grounds that it had no recognised medical use. The authors of the report conclude that there are regulatory barriers, including the classification of cannabis as a Schedule I substance by the DEA, that hinder the advancement of research into cannabis and cannabinoids. They draw attention to the paradox that the pure form of THC, the main active ingredient of the plant, is classed as a Schedule III drug (lower potential for abuse than drugs or substances in Schedules I and II and with accepted medical use) while the plant itself is classed as Schedule I.

The report also highlights the fact that, although cannabis use is authorised for medical and scientific purposes, the aforementioned barriers often make it difficult for researchers to gain access to the quantity, quality and type of cannabis product they need to address specific research questions on the health effects of cannabis.

4. Recommendations to support and improve the cannabis research agenda

On the one hand, it recommends developing an evidence base on the short- and long-term health effects of cannabis use. It calls on public agencies, philanthropic and professional organisations, private companies and clinical and public health research groups to provide funding and support for a national cannabis research agenda that addresses key gaps in the evidence base. It also stresses the need for a better understanding of the pharmacokinetic and pharmacodynamic properties of cannabinoids and to conduct clinical and observational trials using cannabis or its derivatives in its different forms (inhaled, oral or whole plant).

It urges the National Institutes of Health (NIHs), Centres for Disease Control and Prevention (CDCs), the FDA, industry groups and non-governmental organisations to jointly fund a workshop to develop standards to guide and ensure the production of high-quality cannabis research, and to fund the convening of a committee of experts tasked with producing an objective report characterising the barriers to research and propose strategies for supporting the development of the resources and infrastructure necessary to conduct a comprehensive cannabis research agenda.

The report contains a large number of conclusions on the evidence found by the committee during its review of the research work. The most striking feature, giving strong backing for the regularization of medicinal cannabis, is the committee's use of terms such as "conclusive" and "substantial" in reference to the evidence on the benefits of cannabis in alleviating certain conditions. Indeed, there has been a clear advance in the language used as compared to the 1999 report, where cannabinoids were credited with "potential therapeutic action" for some ailments but terms such as "conclusive" or "substantial" were not used. It is clear that the main reason for this change has been the great body of research conducted over recent years with ever more significant evidence on the effects of cannabis in various conditions. However, we should not ignore the fact that the pressure of increased cannabis use among ever more patients has also influenced the recommendations made in the final section of the report. And throughout this discussion, it is important to remember that there are no accurate figures on the prevalence of use of non-herbaceous forms of cannabis (those mostly used by patients). One of the report's great limitations is that it is based only on studies conducted with FDA-approved pharmaceuticals such as Dronabinol (synthetic THC capsules), Nabilone (capsules of a synthetic analogue of THC), Sativex (spray of THC and CBD extracted from the plant; 1:1) and Epidiolex (a concentrated CBD oil extracted from the plant), and studies in which the plant was used directly for medicinal purposes. This leaves a gap as to the effects that a very significant number of patients are finding with other forms of presentation (edibles, oils, patches and other concentrates). However, it should be noted that the report's recommendations refer to the need to address this issue in the near future.

The way forward for the scientific community with regard to medicinal cannabis is charted in the report's recommendations to public agencies and private organisations to fund studies on cannabinoids, the necessity to create a workshop of experts on the subject to create a cannabinoid research schedule and the need to amend the legal status of cannabis in order to facilitate the standardisation and accessibility of compounds. 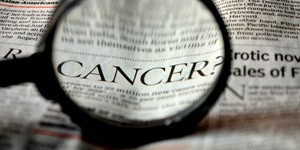 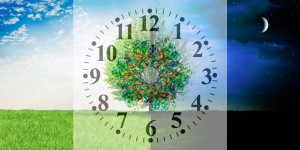 All living beings have daily cyclical patterns, known as 'circadian rhythms'. The name comes from... 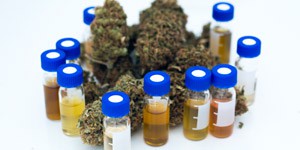 Parkinson's disease is the second most common neurodegenerative disease after Alzheimer's...