Ian Jones is a journalist based in Manchester, England. He specialises in technology and food, with a heavy focus on vaping, CBD and medicinal drugs. He began writing professionally over 15 years ago and is a regular contributor to New Scientist, Vice and the Daily Mirror. He is also the resident CBD expert at the respected vaping website Spinfuel. He began looking at CBD in detail after discovering that it cured his mother's arthritis, and has since become a leading figure in the UK when it comes to educating people about the CBD extraction process and exploring its curative properties.

The public profile of CBD has soared in recent years, with users using it to treat all manner of ailments and conditions. It can be consumed in a variety of ways, ranging from simple oral consumption to topical use and even vaping. There are two main forms of CBD on the market. These are 'full spectrum' CBD and CBD isolate. There are a number of key differences between the two, which we will look at in this article. We will also look at methods of consumption, as this can have dramatic impact on the efficacy of CBD. As we will see, full-spectrum CBD is more popular, and for good reason, but isolate has certain benefits that might appeal to different CBD users.

The increased popularity of CBD has led many users to raise questions about the methods of extracting and administering CBD. The main question is which form provides the most effective range of medical benefits for the user. The two most common forms of extracted CBD found in stores are full-spectrum (whole-plant extract) and pure CBD isolate. Most users prefer the full-spectrum option. As CBD's usefulness for medical purposes has become more accepted over the years, new methods of administering it have continued to evolve.

This has left some users concerned not just with which form of extracted CBD is most effective or what the proper dosage for them may be, but also with which method of supplementation gives the user the most relief in the right amount of time. Some of the most common methods include applying it sublingually, topically, or taking it in capsules. Vaping cbd is regarded by many to be the most bio-available way to administer, and as such, this has led to an increase in the demand for CBD isolate. This form of CBD is different from full-spectrum CBD extract in that it only contains CBD and none of the other cannabinoids, terpenes, or healthy fatty acids that commonly result from the whole-plant extraction process.

Cannabis, with its complex chemical structure, contains over 100 active cannabinoids aside from CBD. It also contains terpenes, which have anti-inflammatory properties, and are regarded as increasing the efficacy of cannabinoids. Although they are not rated as important as CBD when it comes medical benefits, some of these other cannabinoids have been found to have symptom alleviating qualities as well. The cannabinoids CBN and CBG for example, are found in most full-spectrum extracts and studies have shown that both contain anti-inflammatory, anti-bacterial, and pain relieving properties.

Whole-plant extracts typically contain a carefully measured amount of the cannabis plant's most prominent cannabinoid, THC, although usually not in a large enough amount to have any psychological effects. In many countries, a certain percentage of THC is illegal, so it is vital to know the amount of this cannabinoid when manufacturing products that contain full-spectrum CBD. When present together, CBD and its cannabinoid colleagues, as well as terpenes, produce what is known as an entourage effect. The synergistic relationship between cannabinoids and terpenes has been shown to increase the healing properties of each.

A study published by the Lautenberg Center for Immunology and Cancer Research, which aimed its focus on the effectiveness of CBD isolate compared to full-plant extract, supported this concept, stating in its summary that "in all of the tests, the isolated CBD was ineffective both before and after a certain dosage, while the effectiveness of the full-spectrum solution continued to increase as higher doses were administered. The results all indicate that CBD is only effective against swelling and pain at a certain dose, and that cannabis solutions containing a full range of cannabinoids will continue to provide corresponding effects as the dosage is increased."

Given the results of this study, it would seem to confirm that full-spectrum extract is preferable over CBD isolate for most CBD users, but CBD isolate is still frequently used and believed by some to be more effective than full-plant extract. This belief is led by the idea that CBD is the only medically sought after cannabinoid in the cannabis plant, aside from THC. Many CBD isolate users are under the impression that by consuming only the CBD cannabinoid and no terpenes or any other "unnecessary" components of the plant, they are getting a more powerful or effective dose of CBD. When vaping a CBD extract, which as stated previously, is considered to be the most efficient and quick-acting method of administering CBD, isolate users may feel that they are taking the most efficient route to CBD consumption. While this method might be efficient, the lack of entourage effect means the benefits are reduced when compared to full-spectrum CBD consumption.

However, CBD isolate does have something to offer CBD users that full-spectrum extracts does not. The fact that full-spectrum extracts invariably contain low levels of THC means that some users prefer to play it safe and stick to pure CBD by itself, out of fear of failing a drug test or experiencing a form of "high", although both of these occurrences have been found to be fairly unlikely.

THC is one of the cannabinoids involved in the "entourage effect" stated earlier so it is ideal for inclusion in CBD supplementation. A recent article on full-spectrum CBD demonstrates the importance of THC inclusion by stating, "In hemp THC is a minor constituent and appears only in trace amounts under 0.3% by dry weight, as required by the U.S. government for hemp products. THC mimics the action of anandamide, a neurotransmitter naturally produced in the human body, and binds to CB1 receptors in the endocannabinoid system found mostly in the brain. The extremely low levels of THC in hemp make hemp oil non-psychoactive and safe for all ages to use."

The wide range of benefits contained in full-spectrum CBD extracts means some CBD merchants have either ceased to sell, or scale down the promotion of CBD isolate, in comparison to the whole-plant extract variety. Companies and individuals who extract CBD themselves are realising that cannabis has more to offer medicinally than just CBD or THC, and that there is little to no reason to not include all that this "super-plant" has to offer in the extraction process.

This all serves to underline the importance of testing CBD extract for the various levels of active ingredients. If your homemade CBD extract contains a high amount of THC it could be illegal in your country and require you use either a different method of extraction, or more likely, the need to find a source of hemp that has lower THC. As more scientific literature emerges supporting the entourage effect, and increased benefits of full-spectrum CBD compared to CBD isolate, we can expect the manufacture and sale of CBD goods based around isolate to greatly reduce in the coming years. 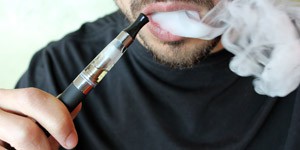 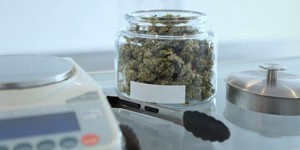 The only cannabis medicine approved in Spain covered by the Social Security is Sativex®, a...