The health effects of cannabis and cannabinoids (part III)

In the third part of this article, we are going to look at some of the most important medicinal uses of cannabis and cannabinoids. Given the great number of clinical conditions for which these substances can potentially be helpful, one often hears people ask, somewhat mockingly: "So, is cannabis the universal panacea?"

Well, of course not. However, cannabis and cannabinoids can have many beneficial medical applications for disorders in a great variety of organs and systems, where their properties enable them to perform different functions. Moreover, while they can often have strong effects, they are used at entirely acceptable safety levels.

These developments have been made possible by the discovery of the endocannabinoid physiological system and our understanding of the way it works –no simple task– as well as all the aspects that still remains to be discovered and understood.

In the human body, cannabis and cannabinoids affect the peripheral organs and central nervous system (CNS) and thus they also have an effect at a mental level. This is evidenced by their impact on many different kinds of disease with different causes, physiopathologies and symptoms, and their mental effects in what is commonly known as a "trip".

Before reading any further, we recommend you take a look at the short animation at Cannabis and the endocannabinoid system. This easy-to-follow clip explains the endocannabinoid system and its complexity in regulating the homeostasis of the human body. As can be seen, endogenous cannabinoids (those produced by our organism itself) and their receptors can be found throughout the human body. Given that there are sites of action (i.e. receptors) throughout practically all the body, it is easy to see how the cannabinoids can act at so many levels. Endogenous cannabinoids may perform different functions in each of these tissues, organs and systems, but their purpose is always to regulate the stability and health of the internal medium. In normal cells, for example, they maintain the balance in processes of synthesis and degradation. In tumour cells, in contrast, they determine cell death. They also participate in the mechanisms of communication and coordination between different types of cell; regulate the inflammatory response to injury; and modulate processes of repair, among other functions. They are antioxidants, neutralizing the effect of free radicals. In the CNS they affect a variety of mental processes, including conduct –by boosting sociability, mirth and creativity– and other processes related to memory and concentration (as discussed in the second part of this article). In the CNS, some of their most beneficial effects are related to the perception of pain, seizures, mood and muscle tone.

The many processes that plant-derived and endogenous cannabinoids can effect have been summarised in five words: eat, sleep, relax, protect and forget.

It is now clear that a properly-functioning endocannabinoid system is needed for balanced health. Cannabinoids are involved at all stages of life, accompanying the body as it adapts to environmental changes and stays healthy, all the way from gestation to death.

Once we discover how many varied clinical conditions can potentially benefit from the use of cannabinoids, two questions immediately arise:

Based on all the evidence, the answer to the second question would appear to be affirmative. These benefits have been shown by research and clinical practice and entail very little risk (see Part II.). As for the first question, on this same site you will find an article discussing the theory of deficiency in the endocannabinoid system.

Under what clinical conditions can benefits normally be derived from medicinal use? The answer can be inferred from the properties of the cannabinoids.

The list of diseases and physiopathological conditions in which they may have a medicinal use is a long one.

It is also important to note that given their large number of potentially beneficial effects, cannabinoids can be defined as multi-target drugs. This means that a single product can be used for many different therapeutic purposes. During the course of treatment for one disease, patients often mention improvements in other ailments and symptoms related to other conditions.

The following is a list of some of the diseases in which cannabinoid treatment can be beneficial (albeit the quality of the evidence varies). These benefits range from an improvement in quality of life to relief of certain symptoms and in some cases even clinical control, as in spasticity, pain and seizures.

Not all these diseases are treated with the same cannabinoids and at the same dose. The possibility of having different cannabis-derived preparations in the pharmacopoeia could help alleviate and treat many diseases for which conventional medicine does not always have effective responses.

In many countries, this possibility does not yet exist. However an increasing number of jurisdictions are now joining the list with different regulatory models for medicinal use. These range from full legalisation or multiple forms of access including home growing, to some that only allow preparation of products of pharmaceutical quality. Nonetheless, in the great majority of countries, the law as it currently stands deprives people in suffering from benefitting from these treatments on political, religious, moral or economic grounds. Medicine and science should not be based on moral values, but on ethical ones. The values underpinning humanitarian, public health and medical ethics involve helping to ensure that those who seek relief from their suffering can do so safely, in conditions of quality control and meeting all the necessary requirements.

Clearly, a great deal of progress is still required in research into cannabis in order to find more evidence on its effects in improving suffering, and to manage the risks and reduce the harm caused by non-medical use. The need is particularly pressing in the case of clinical trials, so that more evidence can be provided on the safety and effectiveness of cannabis treatment for different clinical conditions. However, there are still many obstacles to achieving such scientific evidence.

The necessary changes are being implemented to allow people to have products of proven quality at a controlled dose. However, it is important to remember that despite the benefits of these compounds, they do have some adverse effects and interactions with other medication. Such treatment must be carried out with the same rigour and the same precautions as other medical treatments, yet this task is hindered by the legal status of cannabis and cannabinoids in many countries. We therefore recommend that people who decide to start using cannabis-based products should first have good information, which they should try to make sure comes from sites or texts that offer academic and not just commercial references. You should also try to consult your treating physician, following the recommendations given in The Clinical Approach in Cannabis Medicine. If he or she does not concur or does not have knowledge of the subject, we recommend you try to find another doctor who is prepared to accompany you in the process. You will always find some physician working in this field.

It is often not possible to gain access to tested products (inside or outside the patient's country) with information on contents and composition and the results of tests for pesticides, heavy metals and biological pollutants. In such cases, we recommend that you ask the supplier to perform an analytical study and provide you with all the information that anyone who cares for their health deserves. It is the responsibility of those who market these products –and who generally make a substantial profit from the transaction– to perform the test and offer their customers certain minimum guarantees. 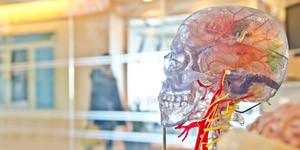 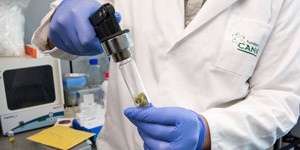 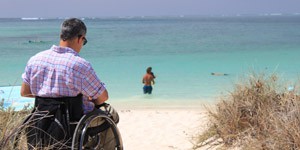