Miguel Torres is a lawyer and a lecturer in International Private Law at the Law School of the University of Barcelona. He has been President of the Foreign Investment Commission of the International Union of Lawyers. He advised the company that obtained the first authorisation from the Spanish Drugs and Health Products Agency (AEMPS) to grow cannabis for research purposes.

In recent years, there has been a considerable increase in demand for products made with cannabidiol (CBD), a phytotocannabinoid extracted from Cannabis sativa L.

In response to demand, numerous "CBD oil" preparations, as they are generally known and which claim to contain CBD, have proliferated. Recently, one article denounced the fraudulent claims of several of these products that do not even contain CBD. The information is derived from a report by the Food and Drug Administration (FDA) in the United States of America, which analysed several products and concluded that they had no trace of CBD. On the other hand, some products have been reported to be manufactured from waste from the cannabis plant for industrial use. Some of these products do not meet the minimum conditions regarding their exact composition, so they are used without knowing what they are and what real effects they have.

CBD is found naturally in the Cannabis sativa L. plant, especially in the female flowers of the plant. Stems, leaves and seeds contain little CBD. Pure CBD may be extracted from the plant by extraction methods. It then becomes a chemical compound, or what is technically called an active ingredient by the pharmaceutical industry (API).

CBD is not a psychotropic substance and is therefore not included in the 1971 Vienna Convention on Psychotropic Substances, as is Tetrahydrocannabinol (THC), which is also found in cannabis flowers. However, the International Narcotics Control Board (INCB) has recalled that article 28.2 of the 1961 Convention on Narcotic Drugs, which exempts cannabis crops for industrial purposes, applies only to seeds and fibres, not to extracts and if the cannabis seeds are contained in the plant to be used for medical purposes then it is necessary to apply the same cultivation controls that are required for opium.

According to this official interpretation of the 1961 Convention, it is clear that the extracts of flowers from the cannabis plant, regardless of their THC percentage or whether they are male or female, are subject to supervision, even if the extraction is intended to obtain CBD (an uncontrolled substance) and not THC (( a controlled substance). The underlying question is that extraction may be used to obtain both types of substances. In this sense, cannabis flowers cannot be considered "aromatic" in any case because they are always narcotic (even if they do not have THC).

In Spain, cannabis cultivation, regardless of its percentage in THC, intended for the production of flowers for the extraction of any cannabinoid is subject to the prior authorization of the Spanish Agency for Medicines and Medical Products (AEMPS).

The question that may be raised is whether CBD is a food or medicine, concepts that are incompatible. It is claimed that this is according to the concentration of the active substance.

As mentioned above, CBD is naturally found in the cannabis plant, and may be extracted pure from the plant. In this way, it is necessary to distinguish between products rich in CBD and products enriched with CBD.

That is, there are products made from cannabis without extraction, mainly from seeds, and products containing purified CBD diluted either in seed or olive oil, or under other presentations.

With regard to products made from cannabis, their use is of a food nature, mainly as food supplements. Spain lacks any regulation of the use of cannabis as food, but in any case only vitamins and minerals may be recognized as food supplements, not plants, so it is not legally possible to register a food supplement made from hemp in Spain.

In some States plants are considered food supplements, and in countries such as Germany, Switzerland, Belgium, the Netherlands, Italy and the United Kingdom there is a regulation on the use of cannabis as food.

Where the product is produced and legally placed on the market of a European Union (EU) country, under the principle of mutual recognition, the Spanish authorities cannot object to the marketing of a food supplement made with hemp in the EU. The judgment of the Court of Justice of the EU of 5 March 2009 in Case C‑88/07 (Commission v Kingdom of Spain) on the free movement of goods and medicinal plant products legally manufactured or marketed as food supplements or dietary products in other Member States was conclusive.

This was acknowledged by the Spanish Agency for Consumption, Food Security and Nutrition (AECOSAN) by saying that several EU Member States had confirmed significant and safe consumption of seeds, fibre and mature stems, as well as extracts from these parts of the plant, of the species Cannabis sativa L with low content or without THC.

On the website of the EU New Foods Catalogue (http://ec.europa.eu/food/safety/novel_food/catalogue/search/public/index.cfm), the reference to the Cannabis sativa L. plant recalls that in the EU, the cultivation of Cannabis sativa L varieties is accepted provided that they are registered in the EU "Common Catalogue of Varieties of agricultural plants" and the content of THC does not exceed 0.2% of the plant. Without prejudice to other legal requirements related to the consumption of hemp (Cannabis sativa L.) and hemp products, Regulation (EU) 2015/2283 of the European Parliament and of the Council of 25 November 2015 on new foods is not applicable to most foods and food ingredients of this plant because this product was on the market as a food or food ingredient and was largely consumed before 15 May 1997.

However, since 1 January 2018 the use of purified CBD has been considered as new unauthorised food at European Union level. Therefore, before it may be marketed in the EU as a food or food ingredient, a safety assessment under Regulation (EU) 2015/2283 on novel foods is mandatory.

The website of the New Foods Catalogue has just been modified with respect to the CBD entry. Its content has been deleted to refer to a new entry relating to cannabinoids in general and now provides that, without prejudice to the information provided for in the Catalogue of New Foods for the entry relating to Cannabis sativa L., extracts of Cannabis sativa L. and derived products containing cannabinoids are considered to be new foods, as no record of consumption has been established before 15 May 1997. This applies to both extracts and products to which they are added as an ingredient (such as hemp seed oil). This also applies to extracts from other plants that contain cannabinoids. Synthetically obtained cannabinoids are considered as new foods.

The previous entry on CBD referred to Cannabis sativa L. extracts where CBD levels are higher than CBD levels in the source Cannabis sativa L. but the percentage of CBD concentration to be considered new food was not defined. From now on it follows that any extract regardless of its concentration is considered as a new food. Consequently, it appears that CBD-enriched products produced in the EU will be out of the market.

On the other hand, CBD may be used as an ingredient in the manufacture of cosmetics. Cannabis seed oil is already used as a cosmetic, and several companies have launched product lines based on this seed oil. With regard to CBD, there is a legal vacuum given that the European regulation prohibits the use of narcotic drugs as an ingredient but does not expressly prohibit CBD, which is neither narcotic nor psychotropic.

Update: Food alert for CBD as a new food and product withdrawal from the market 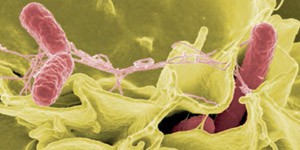 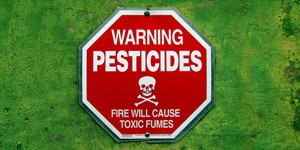 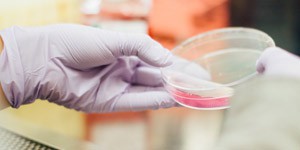