Science and Pseudoscience in the world of medicinal cannabis

Associate Professor of the Department of Biochemistry and Molecular Biology I, University Complutense of Madrid and member of the board of directors of Observatorio Español de Cannabis Medicinal.

There is a solid scientific and medical basis that supports the therapeutic use of cannabinoids in the management of many diseases, but that does not mean that the plant will be the almost magical solution to all health problems.

In a recent article, Ekaitz Agirregoitia summarized the most important aspects of the comparative and compilation study carried out by the Academy of Sciences of the United States and published in 2017 where the scientific evidence supporting the therapeutic use of these compounds was analysed. In the study, it is indicated that in some cases there are conclusive or substantial evidences that support the use of cannabinoids in the treatment, for example, of chronic pain in adults or chemotherapy-induced nausea and vomiting. The study also concludes that there are some other possible applications for which the evidence supporting the existence of a benefit associated with the use of cannabinoids is still moderate, limited or insufficient; either because it is still necessary to perform additional studies to clarify its therapeutic potential in the treatment of a certain disease, or simply because the cannabinoids may not be effective in the treatment of any of these diseases.

But, ¿what is required to be able to advance in the consolidation of the evidences that sustain a scientific affirmation, such as the possible use of cannabinoids to treat a certain disease? As usual when we refer to conclusions based on evidence, the progress of research work that can help clarify and consolidate any observation is slow, as it requires the development of multiple experiments in preclinical models. Thus, to understand the effects of cannabinoids in a certain disease, the usual approach would be to develop experiments in cellular models and animals of that disease, where the effect of cannabinoids can be analysed in detail, but also to develop other experiments aimed at understanding the mechanism by which these compounds exert their effects. Many of these experimental approaches are laborious, they must be repeated on multiple occasions to be sure that they are reproducible and they have a significant economic cost. Furthermore, at the end of this process, it is not enough to have obtained the results that we believe will confirm our idea, but the work must be systematically compiled and sent to be published in a scientific journal, where it will be reviewed exhaustively (and anonymously) by other researchers peers specialists in the relevant field. These reviewers must evaluate, and if necessary support, the quality and validity of the results obtained, and therefore they very often request additional information or ask for new experiments to be sure of the validity and relevance of the conclusions of the work presented.

On the other hand, the accepting process of a certain discovery does not end once the study that supports it in a scientific journal has been published. For the conclusions to be consolidated and accepted in common terms, it needs the consensus of the scientific community, and this consensus is not usually reached until the work is corroborated by other different investigators. If, in addition, it is a study that implies a possible new therapeutic application in humans, it is necessary to add clinical studies besides the preclinical ones, again a long and expensive process that must clearly demonstrate the benefits of a certain therapy, as well as its advantages over existing treatments.

Of course, the scientific method that I have just described briefly is not flawless and, undoubtedly, it can be improved in many aspects, but the philosophy that lies behind it is to ensure that a scientific statement is supported by Evidence derived from studies reviewed, supported and confirmed by other scientists specialized in the relevant field and that, therefore, can be assumed with a high degree of reliability. Is it an infallible and unmovable process? Of course not. There are many examples of well-established scientific dogmas that have been modified or surpassed by other subsequent studies. However, these subsequent studies will have had to go through some hard previous controls in which they have had to show that what was believed until that moment was wrong and that the new proposal or conclusion is true.

How does this scientific method fit into the society of immediacy in which we find ourselves immersed? Well, although there is no doubt that the possibility of communicating information quickly through the Internet or social networks has many advantages (and this same series of articles is a good example of this), it is also true that in some cases it contributes to the fast dissemination of hoaxes that lack the minimum scientific validity. Nowadays it is quite easy to create an idea, give it a certain dose of pseudoscientific credibility and spread it through social networks as if it were an irrefutable truth that was there but that we wanted to hide. To launch one of these ideas, the numerous controls that the scientific method imposes are not necessary. There are numerous examples of statements based on biased, if not false, information and that have managed to convince a significant part of society that they are true. Perhaps one of the most chilling examples is that of anti-vaccine groups, which, using false or distorted pseudoscientific arguments, have led many families with young children to stop following the vaccination programs (undoubtedly one of the medical-scientific advances that has contributed to save a greater number of lives in the history of mankind).

Unfortunately, this type of pseudoscientific beliefs are also frequent in the field of medicinal cannabis. The study published by the United States Academy of Sciences, cited at the beginning of this article, is a very good compilation of what is known (or was known in 2017) and what has solid evidence, but also of what we do not know or we still have to explore in greater depth to be able to draw a definitive conclusion.

However, in certain forums and meetings linked to the world of cannabis (and a simple search on the Internet can prove it), it goes much further than to give fully proven hypotheses that lack a minimum scientific demonstration or exaggerate excessively therapeutic properties of cannabinoids. Sometimes there are forums in which, using pseudoscientific arguments, cannabis and its derivatives are presented as the authentic panacea with which everything can be cured. For example, about a year ago I attended a meeting to which I was invited as a speaker to discuss our research on the anti-tumor potential of cannabinoids. Even before my talk, I found that one of the other speakers (a well-known person in the world of cannabis, who had worked as a scientist but has now become a prominent activist) was doing a completely speculative reinterpretation of our results and those of other researchers, proposing a series of mechanisms that were not demonstrated and openly recommending the substitution of any antitumor therapy for a cannabis oil treatment. I tried to make him see that what he proposed were hypotheses built on the observations of others and that, although attractive and potentially interesting, they should still be tested experimentally. In addition, I indicated that, in my opinion, it was very dangerous to present as hypothesized facts that were at the moment completely speculative, particularly when they have the potential to influence the type of treatment that cancer patients are going to receive. Obviously, although we entered into a passionate, although cordial debate, I could not convince him to change his point of view. My feeling, and maybe I am wrong, is that it was more a question of faith, almost a religious fanaticism, and not a question of reason ... and before blind faith there is nothing we can do...

I believe that the attitude of this activist and others well known in the world of medical marijuana, besides not being based on proven facts, is counterproductive to progress towards the normalization of the therapeutic use of cannabis and its derivatives. In addition, these approaches, particularly in the case of diseases as serious as cancer, can be dangerous because they can lead to patients who decide to refuse medical treatments that could benefit them.

In my opinion, to advance in the regulation of medicinal cannabis we have to convince the medical and scientific community of its therapeutic properties with the scientific evidences available and developing additional studies if necessary. The use of scientifically unsupported arguments will surely end up being so harmful to achieve the regularization of the therapeutic use of cannabinoids as conservative attitudes that deny any therapeutic benefit.

I am convinced that cannabinoids and their derivatives will occupy - in fact, they already do it - the place they deserve as useful therapeutic agents for the treatment or management of various diseases. In any case, in my opinion, they should be the scientific evidence already available (plus those of the numerous studies already underway or that will be developed over the next few years) and not the faith, or the untested observations, which set the standard of that process.

Cannabis and adolescence: fears and hopes in the adolescent brain

"Let's see if you make it through the awkward stage," "what a bad adolescence you're having," "... 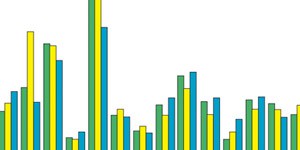 Hemp has been an important source of food, fibre and medicine for thousands of years in the Old...