Doctor in Medicine and Surgery. Tenured Lecturer in Pharmacology at the University of the Basque Country. Head of the master's degree course in "Pharmacology. Development, Assessment and Rational Use of Drugs". Conducts research in the field of neuropsychopharmacology. Has worked as a researcher at Oxford University and the Royal London Hospital. He has written more than 100 articles in international SCI-indexed journals, given over two hundred papers at conferences and authored several book chapters. He is also a collaborating researcher with the Networked Biomedical Research Centre (CIBER) in Mental Health.

Synthetic cannabinoids form a diverse group of substances. They were originally designed and developed by researchers in universities and pharmaceutical companies to aid in the study of the endogenous cannabinoid system and as potential therapeutic tools.

Generally speaking, these early compounds sought to imitate the chemical structure of Δ9-THC in order to try to reproduce the physiological effects of natural cannabis. However, it is important to be clear that these substances are not marijuana or cannabis, and neither are they natural substances. Potential users should also be aware that they are usually much more powerful than natural cannabis or its derivatives. This is because they have a higher affinity to brain cannabinoid receptors than natural compounds and are capable of activating other receptors on which the natural components of the plant do not act. These compounds tend to be faster-acting than natural cannabis, although in some cases the effects do not last as long. Both the onset of the effects and their duration will habitually depend on the route of administration. Synthetic cannabinoids are usually smoked, inhaled or taken orally.

At the beginning of the twenty-first century, a number of drug mafias used published scientific material on these compounds to synthesise them in clandestine laboratories. They then launched them on the black market as "legal" or "safe" alternatives to cannabis. Once synthesised, the synthetic cannabinoids are dissolved in ethanol or acetone and sprayed onto a blend of dry plants, so that they can be falsely marketed as incense or herbal products. They may also be sold in liquid form to be vaped or inhaled in e-cigarettes and other apparatuses (liquid incenses). These synthetic cannabinoids are sold on websites and specialist stores under a variety of names, including "Spice", "Black Mamba", "Joker" and "K2". To cover themselves legally, the manufacturers usually add a warning notice that the products are not "for human consumption". Nonetheless, both sellers and buyers know full well that that is exactly what they are going to be used for. Frequently, the labels also state that they contain "natural" materials from a variety of plants. In reality, the only natural part of the product is the blend of dry plants to which the synthetic cannabinoids have been added. The mix and concentration of chemical compounds used in each product varies so greatly that it is impossible to predict the final effects with any certainty. A single product may often contain a mixture of three or four different synthetic cannabinoids. In some cases, it may even include other psychoactive substances such as mephedrone, methamphetamine and piperazine. Moreover, the clandestine nature of the manufacturing process can lead to uneven distribution of the synthetic substances in the blend of herbs. There may be a much higher concentration of the synthetic cannabinoid in one part, resulting in higher-than-expected doses and a greater risk of serious adverse effects.

A number of factors explain the success of these compounds and the spread of their use in recent years. These include the fact that they can be marketed "alegally", taking advantage of legal loopholes in different jurisdictions; their lower price as compared to natural cannabis; their fallacious image among consumers as safe or even medicinal substances; the ease with which they can be ordered over the Internet and the difficulty of detecting them in routine analyses. In recent years, however, legislative initiatives have been launched at a European and global level, sparked by hundreds of cases of serious poisoning and dozens of deaths associated with use of these substances. As a result, several synthetic cannabinoids have been added to the list of banned substances. However, the large number of synthetic cannabinoids, their chemical diversity and the speed with which new ones appear, makes detecting, controlling and responding to this group of compounds particularly challenging. When a synthetic cannabinoid is about to be legally controlled, the manufacturers already have one or more replacement substances ready to be launched on the market. Between 2008 and 2015, the EU's Early Warning System detected 160 different synthetic cannabinoids.

Generally speaking, users of synthetic cannabinoids are looking for similar effects to natural cannabis – primarily a certain sense of euphoria, stimulation, hilarity or 'mellowness'. However, these substances often have cardiovascular, gastrointestinal and neurological side effects and can even cause psychiatric disorders. Documented cases of synthetic cannabinoid poisoning show the appearance of numerous signs and symptoms, including: nausea, vomiting, respiratory difficulties, hypertension, tachycardia, hyperthermia, nephrotoxicity, acute brain ischemia, seizures, anxiety, agitation and psychotic episodes.

Another of the most striking features of synthetic cannabinoids is their capacity to lead to mass poisonings. In some cases, hundreds of people have been affected in a short period of time, posing serious problems in recent years in a number of countries. In 2014, the synthetic cannabinoid MDMB-FUBINACA caused more than 600 poisonings and 15 deaths in Russia within a two-week period. In 2016, a "Zombie outbreak" was reported in New York, caused by the synthetic cannabinoid AMB-FUBINACA. The people affected presented serious mental alterations with erratic behaviour, described by witnesses as being "zombie-like". The mass outbreak affected 33 people of whom 18 had to be hospitalised. Eventually, 11 days after the poisoning, a metabolite of this synthetic cannabinoid was identified in samples from eight of the patients.

The clinical approach to poisoning by synthetic cannabinoids is mainly symptomatic, involving basic life support with administration of intravenous serum and in some cases benzodiazepines. Proper diagnosis and treatment of this type of poisoning is greatly hindered by the constantly-changing composition of the products and a lack of routine toxicological tests to determine quickly and accurately the identity of the compound or compounds consumed. One of the main problems associated with poisoning by these compounds is that they cannot be detected using the usual screening methods employed in hospitals and health centres. More complex detection methods are required, such as gas chromatography and mass spectrometry, which can delay identification of the specific compound responsible for the poisoning by several days. In general the detection period in blood or oral fluids of the different synthetic cannabinoids varies between 12-48 hours, whereas in urine samples they can take up to 72 hours to appear.

Use of synthetic cannabinoids can also lead to addictive behaviour and they can interact with other drugs of abuse, increasing the risk and gravity of poisoning incidents. Studies report the existence of withdrawal symptoms among habitual synthetic cannabinoid users. The syndrome appears rapidly after the subjects stop using and it has been associated with serious symptoms such as respiratory difficulty, seizures and severe cardiovascular complications.

A number of scientific studies have also warned of the consequences of synthetic cannabinoid use on driving. People who drive under the influence of a synthetic cannabinoid have been shown to have less motor coordination and a longer reaction time; in many cases, they were more aggressive behind the wheel. All of this greatly increases their risk of suffering a traffic accident.

In conclusion, synthetic cannabinoids are potentially dangerous substances which are much more potent than natural cannabis and in most cases their toxic effects in humans are unknown. 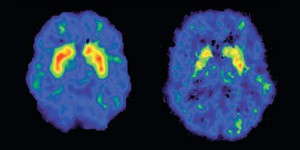 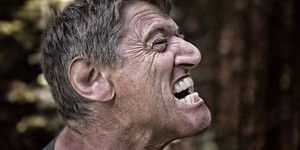 Treatment of patients with tic disorders and Tourette syndrome...

Tic disorders are defined by the presence of motor and/or vocal tics. Motor tics are simple or...