Therapeutic use of the endocannabinoid system in demyelinating diseases

Susana Mato holds a PhD in Pharmacy (2002) from the University of the Basque Country (UBC). She is currently a member of the permanent research staff at the UBC's School of Medicine and Nursing. With twenty years' experience researching cannabinoids, she has co-authored around twenty research articles and several book chapters on the subject. Dr Mato is in charge of cannabinoid work lines at the Laboratory of Neurobiology, attached to the UBC, the Achucarro Centre for Neurosciences and CIBERNED. The group focuses mainly on the biology of myelin and mechanisms of myelin damage and repair in multiple sclerosis. She has been the Principal Investigator on 5 research projects and collaborates with national and international leaders in the study of the physiology and therapeutic possibilities of the endocannabinoid system. She has been a member of the Spanish Society for Cannabinoid Research (SEIC) since 2009 and has sat on its governing board since 2013.

Demyelinating diseases are medical conditions in which the principal pathogenic process targets the myelin sheath covering the axons of the neurons. This sheath enables proper conduction of nerve impulses. The most common demyelinating disease is multiple sclerosis (MS). MS is characterised by a reduction in the number of oligodendrocytes producing myelin in the central nervous system (CNS) and by a process of progressive axonal degeneration, which lies at the heart of the symptoms of the disease.

MS is a chronic early-onset disease. Although clinical manifestations vary, they include loss of strength and/or sensitivity in the limbs, blurred vision, pain, spasticity, ataxia and bladder dysfunction. According to the Spanish Society of Neurology (SEN), MS is the second most common cause of disability among 20–40 year-olds in Spain (after traffic accidents) making it the leading disease-related cause in this age group. Over the last fifteen years, the prevalence and incidence of MS have both doubled, and it now affects 2.3 million people globally. In Spain 47,000 people now suffer MS and around 1800 new cases are diagnosed each year. Because of its epidemiology and the chronic disability it causes, MS has a high socio-economic cost and puts a significant burden on the national health and social security systems.

First described by Jean-Martin Charcot in 1868, the aetiology of MS has yet to be determined. Pathological features of MS include the presence of inflammatory demyelinating foci in the CNS, with the presence of T cells, microglia and reactive astrocytes which release different pro- and anti-inflammatory cytokines. There are also trophic factors involved in the disease. MS generally takes the form of attacks or episodes of neurological deficit. Such episodes are of varying duration and are associated with the appearance of a new demyelinating lesion in the CNS or the reactivation of an existing lesion. During the course of the disease the patient also accumulates a sustained neurological disability as a consequence of the neurodegenerative process. The therapeutic approach to MS is multidisciplinary. It includes anti-inflammatories to treat the attacks, specific drugs to relieve symptoms affecting quality of life, and disease-modifying medications, whose purpose is to limit the advance of the long-term neurological damage.

Importantly, destruction of the myelin sheath in MS triggers repair or regeneration mechanisms, in a process known as remyelination. Most mature myelin-producing oligodendrocytes in the CNS are generated during postnatal development from immature cells, called oligodendrocyte progenitor cells (OPCs). OPCs remain in the adult brain, and are capable of generating new mature oligodendrocytes when the myelin becomes damaged. In MS, therefore, regeneration of the myelin sheath requires the presence and proper maturation of OPCs in demyelinating lesions. In animal models of MS, the remyelination process has been shown to promote survival of the demyelinated axons, thus mitigating the neurological deficits. In consequence, the search for new MS therapies is now primarily centred on identifying the factors that promote repair of the myelin sheath.

Research into the potential of the endocannabinoid system in MS treatment has led to commercialisation of the first cannabis-based pharmaceutical preparation approved for clinical use, Sativex. The drug is composed of Δ9-THC (a natural agonist of the CB1/CB2 receptors) and cannabidiol, which lacks affinity for both cannabinoid receptors but has neuroprotective properties in preclinical models. In Spain, the drug has been used for the last seven years to improve the symptoms of adult patients with moderate-to-serious MS-induced spasticity who have failed to respond adequately to other antispastic drugs. However, the clinical usefulness in MS of cannabinoid compounds in general and Sativex in particular is a hot topic in the scientific community. To gain therapeutic benefits from cannabinoid pharmaceuticals in patients with MS, it is necessary to use high doses. This tends to have adverse psychiatric reactions, among other side effects, often associated with non-selective activation of all CB1 receptors in neuron populations. Studies to date also suggest that prolonged use of high doses of cannabinoid compounds causes pharmacological tolerance to their neuroprotective effects which are dependent on activation of the CB1 receptors, and limits their usefulness in clinical practice.

The therapeutic utility of MAGL in MS has recently been validated at preclinical level. Studies by independent laboratories indicate that pharmacological inactivation of this enzyme attenuates degeneration of the myelin sheath, inflammatory reaction and neurological damage. It has also been found to promote remyelination processes in different animal models of MS. These results open new vistas for developing MS drugs that will act selectively on the MAGL enzyme. Although rational use of MAGL inhibitors in clinical practice requires detailed analysis of the mechanisms underlying the therapeutic benefits and the possible adverse effects of these compounds on MS patients, we are likely to see significant advances in this field in the coming years.

Epilepsy affects 1.5% of the world population. One third of those affected suffers from what is... 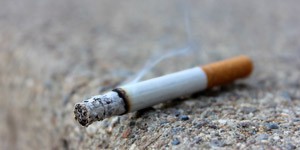 Although cannabis has long been considered as a “drug of abuse”, in recent years an increasing...