The use of cannabis for treating addictions (part 2)

We shall state our position quite clearly and start from a radical premise: addiction has nothing (or very little) to do with the pharmacological effects of the substances. Addiction to drugs (like all addictions) is “constructed” through habit. In other words, it is behavioural, not a pharmacological issue.

Addiction to drugs is not a consequence of their pharmacological effects

Without delving into the neurobiology, and to focus for the moment solely on psychological aspects, psychological theories on learning have clearly defined what makes organisms repeat behaviour and thus develop or avoid a habit. The important thing is to achieve rewards (known in the psychological jargon as “reinforcers”) and avoid punishment. And the development of a habit depends on the way in which the game of contingencies between the particular behaviour and the obtention of the reinforcer is presented. We don't get a reinforcement every time we look for it, but our brain is configured to associate behaviours with reinforcements in such a way that once the link has been made, the habit is established. And once they have been established, habits are very difficult to kick; there is a whole branch of psychology devoted to studying how habits are formed and how to correct them when they prove harmful.1 The fact that dopamine stands at the base of habit-forming is immaterial. Cocaine habituation is not caused because the release of dopamine induced by cocaine is greater than that of natural reinforcers; that is an ingenuous approach and the evidence and conclusions to support it are qualified: as we have mentioned, dopamine is also released when the organism receives a punishment2 and in any case, its modulation in the brain is too complex to be reduced to a question of activation/deactivation or related to something as complex as addiction. Dopamine is simply an endogenous substance which serves to communicate information; it does not determine behaviour. If it did, no one would be addicted to substances that do not release dopamine, such as opiates and cannabis (we shall return to this issue below).

Sadly, there are radical examples in some mental diseases that show that pharmacology is not required for people to develop habits; that these habits are difficult to change; and that clinical symptoms akin to withdrawal syndrome are generated when subjects are prevented from performing such habits. For example, if people with Obsessive Compulsive Disorder are prevented from performing their rituals (which they use to try to ease their anxiety), they develop a set of symptoms that include craving (unrestrainable desire for consumption), irritability, discomfort, insomnia, anxiety and depression. Sixty-five percent of compulsive gamblers who are prevented from gaming develop insomnia, headaches, stomach problems, loss of appetite, difficulty in breathing, sweating, cramps and a whole range of symptoms very similar to drug withdrawal syndrome which are at least as intense as those found in people who have been taken off a drug.3

In any event, the confusion between pharmacology and habit is a logical one. After all, drugs are used regularly, and it is therefore reasonable to think that the pharmacological effect is inextricably linked to the habit. But real life continually offers evidence that contradicts this apparently logical deduction, showing that it is based more on prejudice than logic. The clearest example can be seen if one compares the prevalence in consumption of any substance. When users are asked how often they consume any drug, the numbers answering “at some point in my life”, “in the last year”, “in the last month”, or “every day” invariably show a progressive reduction. If drugs really had the capacity ascribed to them, once they were incorporated into the brain, hacking and hijacking the system, the proportions of multiple substance addicts would be immeasurably greater than the real figures suggest. There are also numerous examples of how the same person can become hooked or quit the habit –without requiring any professional intervention and without any great problem– depending on the context in which the drug is consumed and the rituals associated with it This was the case with many soldiers who returned from Vietnam with an addiction to heroin, but gave it up once they were home. Likewise, there is the extreme example of Canadian addicts who emigrated to the UK in the 1970s when the first heroin dispensing programmes were set up, but who returned home because they said they didn't like the effects of the British heroin, even though it was of pharmaceutical purity,4 the difference being, of course, that it was administered in a hospital environment and not in the ghetto. And indeed, as we shall see below, the role of the contextual keys is crucial for the development of a habit, and therefore of an addiction. For example, neuroimaging studies have demonstrated that the act of showing cocaine addicts images of paraphernalia related to cocaine snorting releases more dopamine than the cocaine itself5 (see below). Finally, the addictive potential of a substance is not a predictor of its continuation rate. Substances that are considered highly addictive such as cocaine and heroin have a continuation rate of approximately 10%, whereas substances with less potential for abuse, such as cannabis and MDMA (ecstasy), have a continuation rate of around 20%.

To conclude, explanations that attribute the causes of addiction to the pharmacological effects of drugs are biased, in that all these phenomena are confused with the pharmacological effects. The most evident reason for this attribution bias is probably the fact that the whole science of addiction is based on animal research, in which animals –generally rats– are removed from their community of fellows and isolated to make them addicted to drugs. However, rats don't like drugs; to turn them into addicts, they first have to be trained. In addition, rats are highly social animals and isolating them in individual cages only serves to induce intense symptoms of anxiety. It is therefore possible that in the drugs they find not a source of pleasure, but some consolation from their anxiety and loneliness. Indeed, it is known that rats prefer sugar to cocaine.6 Indeed, Oreo cookies release more dopamine in rats than does cocaine.7 Obviously, the ecological validity (i.e. its representativeness in the real world) of the addiction model of a rat placed in seclusion in a cage is negligible. When rats addicted to morphine8 or cocaine9 are moved to an ecological medium that is similar to their natural environment, they stop consuming the drugs they had previously been trained to consume, without apparently suffering any type of withdrawal syndrome or craving.

The true role of dopamine in addictions

Modern neuroimaging techniques allow us to measure cerebral dopamine while a subject is performing a task or under the effects of a drug. Although in animal research nearly all known drugs indisputably prove to have a dopaminergic action, the results when we turn to research on humans are surprising. There is little evidence that cannabis releases dopamine in humans; indeed, the studies tend to show the exact opposite. Something similar occurs in the case of opiates.10 How is it possible, then, that drugs that do not release dopamine are addictive for humans? The answer is that the important thing is not whether the drugs release dopamine or not, but whether they act as reinforcers (rewards). When a drug acts as a reinforcer, the anticipation of obtaining the reinforcer is greater than the pleasurable effect of the reinforcer itself. For example, in one study the brains of volunteers were observed with a functional MRI machine as they listened to music which was familiar to them; the greatest activation of the reward areas occurred as the most pleasant part of the piece approached, in other words, when the subjects anticipated that the “good” part of the song was coming. And the areas they activated were different as they anticipated the pleasant part of the song than when they were listening to it.11 The role of contextual keys in releasing dopamine in organisms has already been discussed. What these studies show is that the anticipation of obtaining a reinforcer is the key factor underlying the formation of habits, whether they are of pharmacological type or not. This is why the longer people have lived with an addiction, the more difficulty they find to break it. Alcohol and tobacco, for example, are very addictive drugs not because their pharmacology so dictates (pharmacologically the two drugs have little in common). The problem of alcohol and tobacco is that they are very closely associated with many different behaviours. They are very versatile. A person may smoke a cigarette in almost any situation, whether it be to remain calm while waiting or to concentrate during an intellectual task. Another may have a glass of wine or a beer with a meal, as an aperitif, at a party or at a disco. That does not mean that while one is smoking a cigarette or having a glass of wine one is not enjoying oneself, but the effects felt probably have little to do with dopamine and more with the pharmacological effects of the substance being consumed. What establishes the connection of contingencies between expectation and reinforcement is the release of dopamine when the subject expects that he is going to smoke a cigarette or drink a glass of wine, or when a cocaine addict sees a “snorter” on a computer screen. It is the contextual keys and the anticipation that the brain learns to relate to, thus converting behaviours into habits. There is also evidence that cannabis may be useful in deconditioning addicts' brains, as we shall see. 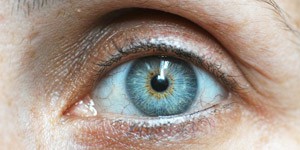 Glaucoma is a disease that places more than 60 million individuals at risk of permanent blindness... 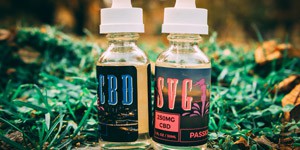 The public profile of CBD has soared in recent years, with users using it to treat all manner of... 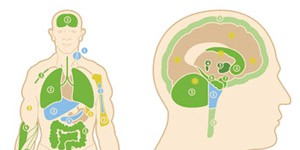