The focus of my work is the neuropharmacology and physiology of drugs of abuse, particularly cannabinoids, and more recently, opiates. Cannabinoids and opiates are important drugs of abuse and have a role in human history dating back thousands of years. Only recently have we begun to learn the intimate details of how these drugs actually work in the body. By all accounts, cannabinoids and opiates are part of a complex web of receptors, transporters, enzymes, and signaling molecules, each subject to modulation. The precise workings of endocannabinoid and opiate signaling, and even the identity of the endogenous ligand at a given synapse, generally remain an open question. My primary approach is to use neurophysiology in combination with molecular biology and anatomy to investigate specific mechanisms of signaling and their roles in health and disease. Much of my recent work has focused on cannabinoid function in the eye, including projects relating to glaucoma, corneal healing, and tearing.

Glaucoma is a disease that places more than 60 million individuals at risk of permanent blindness (1, 2). The blindness develops gradually over the course of years as neurons in the retina die (3). The reason that these neurons die is generally because pressure in the eye is too high, compressing parts of the neurons and making it impossible for them to communicate normally. There are several drugs available to treat glaucoma – all of them work by reducing pressure in the eye. They are applied as eye drops, usually once or twice a day, every day, for the rest of a patient's life.

Researchers reported in 1971 – so nearly 50 years ago -- that smoking cannabis lowers pressure in the eye (4). This was one of the first indications that cannabinoids might have therapeutic benefits and came at a time when there were still few treatments available for glaucoma. A flurry of studies followed, showing that Δ 9-tetrahydrocannabinol (THC), the main ingredient of cannabis, is responsible for this effect (5, 6), but at the time it was still not known how exactly plant cannabinoids act in the body. We now know that cannabinoids such as THC act by plugging into a signaling system in the body, one that includes cannabinoid receptors. The best known of these receptors -- CB1 – wasn't identified until 1990 (7) by which time most research into cannabinoids and ocular pressure had ceased. CB1 receptors have since been shown to regulate many important systems including pain, mood, movement and memory (reviewed in (8)). But there are other cannabinoid receptors that have been identified, such as CB2 (9), GPR18 (10) and GPR119 (11). There may be others and there is an ongoing debate over how broadly to define the cannabinoid receptor family. Our research group studied how cannabinoids regulate pressure in the eye. The initial expectation was that activation of CB1 receptors explained all of the effects. CB1 receptors are found throughout much of the eye (12), and chemicals that activate CB1 receptors do lower ocular pressure (13). We confirmed these results but interestingly, we found that the effects are stronger in males than in females: the effects in males were still seen after 8 hours while the effect in females lasted only half as long (14). These studies were done in mice, so it isn't clear whether this also holds for human patients but will be important to study further.

But surprisingly, we found that in addition to CB1, two other cannabinoid-related receptors also lower eye pressure: GPR18 and GPR119 (15-17). The GPR119 action was unusual because it only lowered pressure in female mice, meaning that the sex-dependence for GPR119 is the opposite of CB1 (which favors male mice). GPR18 on the other hand is interesting because it plays a role in the diurnal regulation of ocular pressure. It has been known since the late 1800s that eye pressure varies by time of day. In mice, pressure is high at night and low during the day, and we found that the drop in pressure was due to the activation of GPR18. So three related cannabinoid receptors each lower ocular pressure, but the effect varies by sex and time of day. Knowing this, it was possible to go back to the original scientific finding and ask how exactly does THC lower pressure in the eye? Is it just acting on CB1 or perhaps through a combination of receptors? We found that THC lowers pressure by activating CB1 and GPR18 in combination. After 50 years we finally have at least part of the answer of how THC lowers pressure in the eye, though there are important unknowns about how this effect is regulated by sex and by time of day.

In the same study we also examined the effect of cannabidiol (CBD) on pressure in the eye. THC is not the only plant cannabinoid: in some plant strains CBD is present at quantities comparable to THC, and a few strains have much more CBD than THC. Long ignored, CBD is now approved as a therapy for several forms of childhood epilepsy (18, 19). Because CBD doesn't cause a 'high' it is often regulated less strictly and in many places CBD is now readily available, even in grocery stores. CBD is often sold as an oil but is finding its way into many consumer items including foods and lotions. When we tested CBD we found that it had the opposite effect of THC, raising pressure by 18%. Raising eye pressure is not advisable and another study, in humans, had seen a similar result (though three others reported no effect) (20). So there is a concern – but only a concern -- that CBD may worsen the risk of glaucoma. Interestingly, we also found that CBD blocked the effects of THC. We know surprisingly little about how CBD works – though this is changing rapidly. Some evidence suggests that CBD blocks CB1 receptor activation (21). CBD doesn't act as a classical antagonist, but the net effect is the same, and we found that CBD raised pressure in this way. If CBD can oppose the effects of THC in the eye then this has implications for the interaction between CBD and THC in other parts of the body.

So we now know that the cannabinoid signaling system regulates pressure in the eye by three different receptors – CB1, GPR18 and GPR119. And we also know that the effects of activating some of these receptors differs in male and female mice, though it is unclear if this also applies to people. We also know GPR18 receptors play a role in the diurnal regulation of ocular pressure, resolving a century-old mystery. And we know that THC acts via a combination of GPR18 and CB1 and that CBD opposes this effect. Though we have learned a lot in the last 5 years, there is much that we still don't know. The eye is filled with a liquid called aqueous humor (sadly, nothing funny there). This liquid resembles blood plasma and cycles through the eye four times a day. Aqueous humor flows into the eye through the ciliary body, a structure that sits behind the iris, and it flows out through several structures in the front of the eye where the iris meets the cornea and sclera. So the pressure can be controlled at two points – inflow and outflow. If the inflow speeds up or the outflow slows down, then pressure rises. So how do cannabinoids work? At inflow or outflow? There is quite a bit of evidence now that cannabinoids reduce inflow but this hasn't been studied systematically, and we know nothing out how GPR18 and GPR119 control pressure.

Is it time for a new cannabinoid-based glaucoma drug? Maybe, but there are some important considerations. Smoked cannabis lowers pressure only briefly so it makes sense to think in terms of an eye drop, like the existing drugs, that lasts for a day. But the market for glaucoma drugs is not attractive since there are now six classes of pressure-lowering drugs available. Most of these have been on the market for more than 20 years and are available as generics, so there is little commercial enthusiasm for a new drug. Then again, there are glaucoma patients who do not respond to the existing drugs, and with years -- or decades -- of treatment some patients become unresponsive to a drug or develop side effects. A now somewhat dated study of such patients found that a drug that activated CB1 helped where other drugs didn't (22). But there is also resistance to the use of cannabinoids. Partly this is due to the history of cannabinoids as drugs of abuse -- still illegal in most countries -- but partly it is because of four studies in the early 1980s that tested THC eye drops in human subjects and reported that they didn't work (e.g. (23)). Three of these studies were very small and included both male and female subjects, so if there really is a stronger effect in males, then this may have affected the conclusions of the studies. In any event, there is a broad and persistent belief among medical professionals that THC is ineffective when used as an eye drop.

But setting THC aside, now that we know the cannabinoid receptors that regulate eye pressure, it should be possible to design a drug that can easily cross into the eye and that targets CB1, GPR18, and/or GPR119. It may also be possible to harness our own cannabinoids. The body doesn't make THC, but rather what are called endogenous cannabinoids, with a different chemical structure. We have found that preventing the breakdown of one of these cannabinoids also nicely lowers pressure in the eye, so this may be another strategy to treat glaucoma. But at the end of the day, any such drug would have to have some benefit over the existing treatments to be commercially attractive.

It has been a long journey from the early promise of cannabinoids for glaucoma – one of its first potential therapeutic applications - to where we stand now. We have gone from near total ignorance to an understanding of the network of receptors, messengers and enzymes that make up the cannabinoid signaling system. Cannabinoids are approved treatments for epilepsy, nausea and appetite, and are being actively investigated as therapeutics for many other conditions, especially pain. Hopefully, it won't take another 50 years to develop a full understanding of how cannabinoids act in the eye, and the rest of the body. 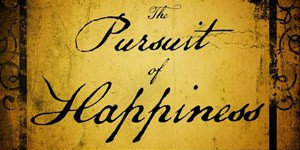 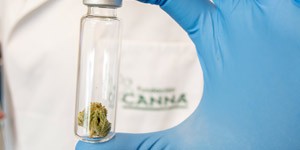 Cancer is a common pathology that affects different organs and systems. Cannabis may be used as a... 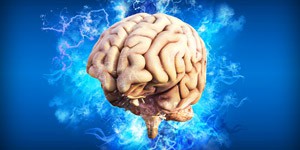