Autophagy is an evolutionary self-cleaning program that takes place in our cells. The word 'autophagy' literally means 'to eat oneself' and comes from the Greek words 'auto', meaning 'self', and 'phagy' meaning 'eat'. The word was coined by a Nobel Laureate, Christian de Duve: a Belgian cell researcher who, together with two colleagues, was awarded the Nobel Prize in 1974 for their discoveries on the structural and functional organization of cells.

In 2016, the Nobel prize was awarded to a Japanese researcher, Yoshinori Ohsumi, who studied the process of autophagy in great detail. During the process of autophagy, damaged cellular components, unused proteins, and other cellular waste are incorporated into a vesicle, called the autophagosome, much as domestic waste is packed into bin bags. In humans, the vesicles are transported to a lysosome — a cell organelle. These organelles have a similar function to a recycling plant: they decompose and recycle the materials included with the autophagosomes, so that the individual components can be reused. In human cells, autophagy involves the formation of a cup-shaped, double-membraned element called 'phagophore', which closes around the material to be degraded to form a spherical, double-membraned autophagosome. The autophagosome's outer membrane ultimately fuses with a lysosome to form an autolysosome, resulting in the degradation of the inner autophagosome, the membrane, and the materials inside.

So how does autophagy take place?

Thanks to the work of several pioneering scientists, the basic concept of autophagy is now understood. It was mostly observed under the microscope when cells were lacking nutrients — starving. But the more scientists looked at this process, the more it was obvious that this 'simple' recycling was in fact a complex cellular process. In spite of it having been studied primarily in yeast cells, it emerged that the process is very similar in human cells. 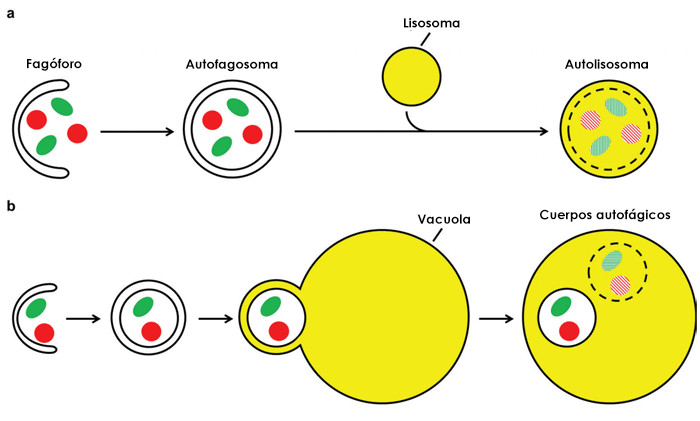 (a) In human cells, the phagophore closes around cytoplasmic material to form a spherical, double-membraned autophagosome. The autophagosome outer membrane fuses with a lysosome to form an autolysosome, resulting in the degradation of the inner autophagosome membrane and materials contained.

(b) The pathway is similar in yeast, except that the autophagosome's outer membrane fuses with the vacuole. This fusion event forms single-membraned autophagic bodies within the vacuole that are degraded, together with the sequestered cargo.

Autophagy is a mechanism of maintaining cellular homeostasis that has a kind of 'housekeeping' role in normal physiological processes, by reusing materials and energy in the cells. Despite being such a vital process, it is nonetheless very strictly regulated. It was found that cells lacking nutrients, meaning that they are in starvation mode, start autophagy. Apparently, the lack of amino acids — building blocks of proteins — in particular cases increased autophagy. These findings were one of the reasons why intermittent fasting and protein cycling have become more familiar and discussed. Firstly, we are causing nutrient deficiency when we skip meals to ensure 12-16 hours of fasting, thereby jumpstarting autophagy. Secondly, we can limit the intake of proteins on chosen days to mimic the lack of amino acids to initiate autophagy and renew our cells and our body. Exercise has also been shown to activate genes that start autophagy, further underlining the role of a healthy lifestyle.

The first substance found to induce autophagy was rapamycin. Rapamycin was first labelled an immunosuppressant and used to treat renal transplant patients. Later research showed that it has many effects: it reduces the risk of CMV infection in organ transplant patients, improves antipathogen and anticancer immunity in mice, prolongs lifespan in infection-prone mice, and protects aged mice against pneumonia. Its effects are mostly mediated via autophagy. Some natural components, as we explore later in this paper, can also induce autophagy.

The role of autophagy in health and disease

Autophagy is vital for health, but it can play either a cytoprotective or cytopathic role, depending on the many signals and stressors the cells are exposed to. Researchers and doctors hope that, by influencing the activity of autophagy, we will be able to impact disease processes, so autophagy is becoming an important pharmacologic target. It has many effects on many diverse conditions, but this paper will briefly touch on its role in infection and immunity.

Infection by pathogens is accompanied by the activation of the host's immune system, and autophagy is part of the response for eliminating them. For a successful immune response to take place, intracellular bacteria and viruses must be killed and eliminated. Since autophagy is the degradation of self, when pathogens are degraded by this process it is referred to as 'xenophagy' (degradation of something foreign). It appears that this may be the most ancient form of defence against invading pathogens. Autophagy is activated in most bacterial infections. It was found that groups of very common and potent disease-causing bacteria, such as A Streptococcus, Salmonella typhimurium and Mycobacterium tuberculosis, are degraded and eliminated via autophagy, as depicted in figure 4. Similar results have been demonstrated for many other pathogenic bacteria. The effects of some medications are also based on the up-regulation of autophagy, such as the antimycobacterial effects calcimycin uses for Mycobacterium bovis infections. Some bacteria also find ways to avoid degradation by autophagy. In viral infections, autophagy has anti-viral and, potentially, pro-viral roles. On the one hand, the autophagy proteins target viral parts for degradation, while they also play a role in the initiation of innate and adaptive immune responses to viral infections. Similarly, as with some bacteria, some viruses are able to interact with autophagy machinery and block it. Some viruses can also utilise components of the autophagic machinery for their own growth and replication.

Not only pathogen elimination, but also many other aspects of adaptive and innate immunity are regulated by autophagy, such as antigen presentation, cytokine, and interferon production – modulating inflammation and lymphocyte development. 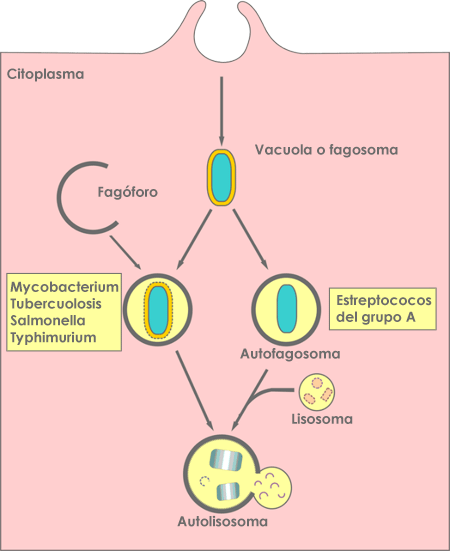 Defects in autophagy regulation are now known to be important elements in a number of diseases, including neurodegenerative diseases, cancer, and metabolic diseases. Understanding autophagy suggests that, if we know how to turn it on, and also off, at the right time, we will be able to influence the onset and progression of a diverse range of diseases.

With an understanding of the importance of autophagy, a question naturally arises: how do cannabinoids affect it? Several plants and their ingredients are known to induce autophagy, such as citrus bergamot, green tea, cinnamon, and resveratrol. Various studies have researched the role cannabinoids have in autophagy, and it has been shown that cannabinoids are mostly inducers of autophagy in healthy and in tumour cells. Inducing autophagy can be good or bad news, depending on the state the cell is in. While a basal level of autophagy is required for the survival of cells or organisms, the prolonged activation of autophagy, or autophagy induction at the wrong time, may have adverse effects.

In the first stages of life, the interplay of the endocannabinoid system and autophagy is already very important. Immediately after fertilization, during embryo development, autophagy is heavily activated in fertilized oocytes, even before implantation. It is supposed that autophagy is needed during early embryonic development for the degradation of maternal proteins and mRNA that are no longer needed. We know that autophagy is maintained at basal levels in blastocysts most of the time during the first days of pregnancy, but in mice it is dramatically reduced on day 4, when the time of implantation approaches. At this time, levels of anandamide in the uterus are dramatically reduced, showing a clear correlation between anandamide concentration and autophagy in blastocysts.

This shows that endocannabinoids are potential regulators of autophagy. As the production of adequate amounts of anandamide and the induction of autophagy are crucial for embryonic development and implantation in mice, untimely increases in anandamide levels may lead to autophagic activation in embryos at inappropriate times, leading to cell death in mouse embryos. Similar results have been shown by adding a selective agonist for CB1R (METH), which also activates autophagy. 7 nM METH is recognized as the healthy physiological dose for embryos, while 28 nM METH produces adverse effects on pregnancy in mice and sheep. If METH was injected on day 4, when anandamide and autophagy would normally be low, or if mice were exposed to elevated METH in the first days of pregnancy, autophagy was activated, the implantation did not take place, and the loss of embryos followed.

This underlines the importance of autophagy happening at the right time. Since both the autophagy and the endocannabinoid systems function to maintain homeostasis in the cells and body, their connection is unsurprising. Endocannabinoids are produced locally and on demand, based on signals from the environment, which makes them fast, ideal inducers of autophagy.

Phytocannabinoids can also induce autophagy. It was demonstrated in 2009 that THC causes cell death in human glioma cells, tumour xenografts, and human tumour samples, predominantly via autophagy, but not in normal neuronal cells. Glioma stem-like cells correspond to a tumour cell subpopulation resistant to chemotherapy. CBD triggers the autophagic process in these cells and inhibits their proliferation and clonogenic capability. Above all, in combination, CBD and chemotherapy medication carmustine induce cell death and reduce tumour growth.

CBD was also shown to induce autophagy in a dose-dependent manner in fully differentiated Caco-2 cells, a model of mature intestinal epithelium. In this model, CBR1 agonist ACEA and anandamide also induced autophagy via cannabinoid type 1 receptor and CBD receptor independently. This could be one of the mechanisms explaining the therapeutic applications for the cannabinoids in inflammatory bowel conditions. A combination of equal parts of THC and CBD (aka Sativex®) was demonstrated to reduce tau and amyloid deposition in the hippocampus and cerebral cortex, in a mouse model of complex neurodegenerative disorders, through several mechanisms including the stimulation of autophagy, pointing to the mechanism behind the neuroprotective properties of cannabinoids.

In healthy cells, the induction of autophagy contributes to better organ function and slower ageing. Interestingly, CBD was shown to protect mouse liver cells from acute alcohol-induced steatosis through multiple mechanisms, including the activation and increase of autophagy. In cancer, it was shown that the way that cannabinoids interact with tumour cells depends on the type of tumour, specific cannabinoid, and the specifics of the cannabinoid receptors, but ultimately leads to autophagy. However, the consequences of the activation of autophagy are not yet fully understood in all pathological situations. In some cases, autophagy acts as a death mechanism or as a cytoprotective mechanism, depending on the cellular context and the strength and duration of the triggering stimulus. Much more needs to be discovered, and we hope that the near future will bring more answers on when and how to use cannabinoids for autophagy in diverse diseases. Nonetheless, it is beyond doubt that cannabinoids promote the activation of autophagy and better maintenance of biochemical balance in cells, organs, tissues, and the whole body and mind. 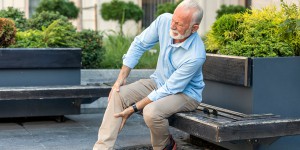 Recognized as a chronic disease in the latest International Catalog of Diseases by the WHO... 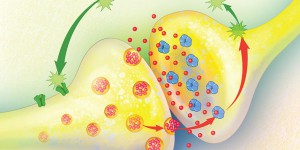 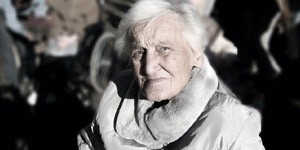 The therapeutic potential of cannabis in Alzheimer's disease

Over the past 15 years, scientific evidence has been accumulating, most of it obtained from...