Viola Brugnatelli is a Neuroscientist specialised in Cannabinoid circuitry, GPCRs signalling, and neuropharmacology. Her academy and research training let her gain extensive experience on medical cannabis and phytoceuticals both from preclinical as well as clinical perspective. She works as a consultant and speaker at seminars, workshops & tutorials for MDs, Universities and individual patients.

In her vision, collective human knowledge behold the power for overall improvement of life at all its forms, thus, it should be accessible and shareable. Viola is currently researching therapeutic potentials of terpenes at University College of Dublin, Ireland, and established since 2014 the Science Online Magazine Nature Going Smart. 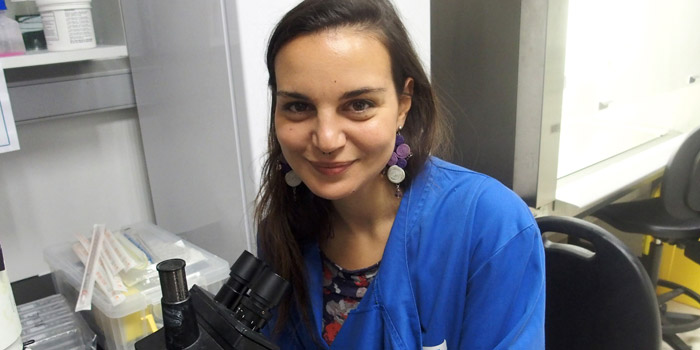 Sarah Russo: What initially drew you into the topic of cannabis during your focus on neuroscience?

Viola Brugnatelli: During my studies at Dundee University in Scotland, I was introduced to cannabinoid receptor signaling during lectures on reward and addiction pathways. I was fascinated by the enormous complexity of the brain, and how the endocannabinoid system could affect our behavior in an incredible number of ways.

Soon after, I began an internship in the lab of the Department of Neuroscience. I had to come up with a "project preference". I listed one choice: to work at the only laboratory that was examining the endocannabinoid system. I ended up at Dr Irving's lab which was researching "orphan" cannabinoid receptors and signaling. The following year, I did my project thesis on the characterisation of ligands acting at GPR92, which are receptors involved in pain perception and are endogenously activated by a precursor of many terpenoids. This was the key that opened my world to terpenes, and how their aromas have influenced the wellbeing of humanity for thousands of years.

SR: Can you tell us a bit about your scientific magazine website Nature Going Smart and what inspired you to create it?

VB: Nature Going Smart aims to remove the barriers of science and give the general public access to information on natural healing modalities. I wanted to share what I was learning in the field of cannabis. I realized that there is an urgent need for evidence based scientific understanding online that gives transparent and accessible information. Knowledge is at the base of collective consciousness. It isn't something that should be trapped behind paywalls or technical language. I started the website to support both professional health researchers and someone going through a disease.

I aim to empower patients and to give them tools to educate their medical provider and continue the conversation on cannabis. I hope that patients are able to bring information to their doctors. Maybe 8 out of 10 doctors wouldn't be responsive. But perhaps the other two would learn something and give more patients the opportunity to use cannabinoid therapy. This can make big changes in people's lives.

SR: What are the most exciting areas of cannabis research that you feel could use more attention and focus?

VB: The beauty of this plant comes from the abundance of compounds it produces. Not all of them are necessarily present in the dried flower, which is the most commonly used part of the plant. I look forward to studying and seeing more investigation on other parts of the cannabis plant, including raw flowers and the juicing of the leaves, as well as cannabis sprouts, stems & roots.

Thanks to cannabis, we have opened the doors to an entire world inside of us that we didn't know about before, the endocannabinoid system. The first time I listened to a lecture of Professor Mechoulam at the 2012 ICRS conference, he proposed that FAAA (which can affect a long list of processes, like anxiety, depression, cancer development, bone formation, and pregnancy), might also play an important role in understanding the mechanisms of emotions. FAAAs are signaling molecules. They are found in high concentrations in the brain, and include the body's own endocannabinoids, 2-AG and anandamide. Variations in FAAA could be responsible for our different emotions and personalities. It may be that FAAAs are involved in mediating changes in our hormonal and endocrine balance. Are these endocannabinoids somehow also responsible for experiencing different states of consciousness? Understanding this could be of paramount importance for supporting well being, not just in the physical body, but on an emotional and spiritual level too.

We know that chronic stress impairs the ECS. Clinical anecdotes suggests that stress-reduction techniques, such as meditation, yoga, and deep breathing exercises can in some instances mimic the effects of cannabis in certain manners. I am interested in seeing more studies that examine how different states of consciousness influence our ECS. Generally speaking, we don't consider natural techniques as valuable as "drugs". However, the moment we better understand changes in consciousness, it could have the ability to revolutionize our well being. These areas have not been deeply studied and hold great value for helping humans in a profound way.

SR: What is your opinion on the use of single molecule cannabinoids versus whole plant sources?

VB: When I was in the lab, I had to work with CBD and terpene isolates: they didn't have anywhere near the same effect on the immune cells I was examining, as when they were together. The old way of thinking about pharmacology is to characterize the effects of a compound on its own, and then hypothesize what it does when other components are present. But research on cannabis shows us that this shouldn't be the case, as its components really do work in synergy.

Additionally, endocannabinoids in our body never work one by one. You need to look at endocannabinoids in clusters. This may be useful in the prevention of disease, as some endocannabinoids in a given concentration may be an indication of an imbalance within the body. It is important to research which clusters are working together, and in which direction they are moving.

SR: From a neuroscience perspective, what happens in the body when someone feels the psychoactive effect of THC?

VB: In brief, there are many ways that a person can feel the expression of THC. THC is a partial agonist to CB1 receptors, which are widespread in the various areas of the brain. These regions mediate a wide variety of high-order behavioural functions, including executive function, decision making, sensory and motor response, learning and memory, emotional reactions, as well as hunger and other homeostatic processes. CB1 is not the only target of THC, so the variation in an individual experiencing the effects of the compound are even more complex. We understand THC is a safe substance. Even in a large dosages, you will never completely activate CB1 receptors. Full CB1 agonists do not produce favorable effects. Synthetic cannabinoids, like "Spice", are full agonists, and many people do not like how it makes them feel.

SR: Can you give us a bit of insight on the medical cannabis landscape in Italy?

VB: In Italy, there is a lot of interest among patients and the general public is aware of medical cannabis. Patients can be prescribed cannabis for their situation if their doctor feels like it would be the best choice for their health. Cannabinoid therapy is a choice between the patient and the doctor. However, the majority of physicians in the country are not really in a position to prescribe it as medicine. They may not understand how the plant works, the role of the ECS, etc.

There is still an issue with supply, and not all the patients who need medicine are able to get it. This summer, the importation of Bedrocan products was blocked and the supplies from the Military Pharmaceutical Plant in Florence could not meet the clinical need. There used to be a platform online where patients could learn which pharmacies had cannabis available or which doctors could prescribe it. However, pharmacies are not supposed to advertise that they provide cannabis. When this is the case, patients are unable to find out where it is available. The government also lowered the cost of cannabis medicine, which is a good thing. But instead of making cannabis part of the national health service, it has been set a price way too low for pharmacies, which end up having to sell it for less than bought it for. So this diminished the number of pharmacies who are willing to make it available, as it is unable to generate any profit for the pharmacy.

In Italy, there is a history of drug control by criminal organizations so the line to define cannabis as medicine can be confusing. There have been attempts in parliament to change legalization to allow patients to self cultivate to improve their ability to access to cannabis. But this has yet to pass in parliament. The Italian law does not focus on chemotype differences and the varying options that a patient may take cannabis medicine. There is a great need for education, which has the ability to create change on various levels.

SR: Are there any other botanicals of interest that may have a potential synergy with cannabis?

VB: The short answer is yes. There are a multitude of terpenes found in cannabis which are shared with other plants. The most famous one is caryophyllene, which is a selective agonist of CB2 receptors. As we go deeper, we may see other plants may have unique effects on cannabinoid receptors. Echinacea may provide a quite interesting story for depression and anxiety. I think the possibilities are pretty much endless.

The beauty of studying terpenes is that their structure is found in a huge variety of plants from all over the world. We will get major benefit when scientists connect to learn more about the research that is coming on botanical medicine from other parts of the globe. Scientists in India, China, Korea, Brazil, and Colombia for example, publish a great deal of information on plants which work on various systems in the body, including the endocannabinoid system. When there is more involvement from researchers in different areas, especially in cultures with a deep knowledge of plant medicine, the knowledge base on cannabis will expand.

SR: Thank you for your time and insight, Viola. 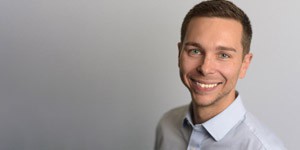 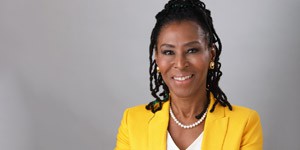 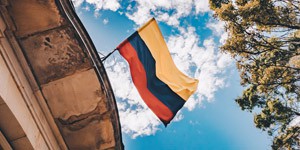 This series of chronicles describes the personal experience of a Medical Doctor who prescribes...